Who the heck is Stan anyways, and why are we hailing him?

Periphery just dropped their sixth studio album Periphery IV: Hail Stan (no, not Hail Satan) last Friday. They have been the pioneers of djent for the past decade and are quickly becoming standard-bearers of the modern prog metal music scene. They are one of a handful of bands that straddles the line between commercial success and musical technicality.

Hail Stan is the group’s first release since their 2017 Grammy Award nomination in the “Best Metal Performance” category, for Periphery III: Select Difficulty album opener “The Price Is Wrong.” Additionally, it is the band’s first album released on their own label 3DOT Recordings. It is the first time in the band’s history since their demo tapes where they had the freedom to write whatever they wanted.

This can be evidenced in the album’s opening track “Reptile,” an exceedingly ambitious 17-minute colossus of a song that sends a clear message: “this is an album that we wrote on our own terms.” Writing such a song can be a calculated risk, especially as an album-opener. As if that wasn’t enough, the closing track of the album, “Satellites,” is a nine minute epic. However, bands such as Rush, Pink Floyd and Tool have proven in the past that this can be done to great success.

“We definitely don’t set any rules for ourselves when it comes to writing. The only rule is to not have rules, and to write whatever style, sound, genre feels right for us. If it ends up being a 17-minute song, so be it. We definitely didn’t plan it — it just happened, and it came together almost by accident. I think those are the best kinds of accidents — the happy ones that end up being something really special,” said drummer Matt Halpern in an interview with Blabbermouth.net.

On first glance much of the material is your standard fare reminiscent of the band’s previous output. Have no fear, because whereas Select Difficulty teetered on the edge of unremarkable, Hail Stan is a very polished and diverse offering of multiple exciting tracks. That being said, it can still feel a bit repetitive when absorbed in one sitting.

The album’s bruising first single, “Blood Eagle,” was released the day the album was announced on Feb 6. A second single, the melodic “Garden in the Bones,” was released last month on Mar 1. “CHVRCH BVRNER” is a no-holds-barred, unrelenting hellish track. “Sentient Glow” is a rerecording of a Haunted Shores song, a side project of guitarists Misha Mansoor and Mark Holcomb. “Crush” is a crushing experimental industrial/synthwave track.

Periphery pulls from its wide variety of sounds and the album itself sounds very cohesive. Periphery has two tried and true techniques that work well here: ultra-heavy guitars and beautifully harmonious clean segments. There are technical fireworks, incredible vocals and even orchestration on the album.

Although he left the band in 2017, longtime bassist Adam “Nolly” Getgood assisted in producing and mixing the record, as well as recording the bass tracks. It sounds fantastic. The album title is a play on words and vocalist Specer Soto told Loud TV that it’s “like a typo, like a stupid internet-style meme thing,” and noted how “you shouldn’t take yourself too seriously.”

Periphery IV: Hail Stan is a tremendous album even by Periphery’s high standards. Having spent a year off from touring, and having spent that time focused on writing songs, it resulted in sounding like a full collaboration between all the members of the band. Despite the dumb jokes and all, this album is a fantastic listen. Welcome to full prog. 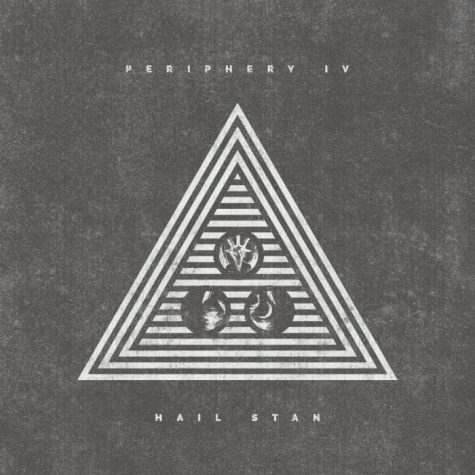