Clark Jr. comes into his own with his new age blues anthem

Blues rock musician Gary Clark Jr. released his new album This Land a week earlier than expected on Feb. 22. It debuted at number six on the US Billboard 200 and he is currently touring the United States to promote the album.

Clark returns with a deft and masterful genre synthesis of blues, hip-hop and soul on his third studio album. The lead single is the title track, which Clark wrote with inspiration from the iconic “This Land is Your Land” from Woody Guthrie. It is a scathing criticism of the current political climate and a direct addressing to racism in America, and is unlike anything the traditionally tight-lipped Austin, Texas native has ever penned.

“I’m 34 years old now and I’ve seen enough, and I’ve just had enough,” Clark told American Songwriter. “I spent my whole life being black in Texas, and you experience blatant and subtle and abrasive discrimination. With the current climate politically, it’s like, ‘What […] is happening?’ Everyone just wants to be treated like a human being.”

Clark has always been a dynamic musician, but This Land is a quantum leap in songwriting quality from the blues rocker. While no one could ever fault his guitar skills, the songwriting in his previous releases often left much to be desired. His guitar playing evokes Hendrix and his vocals are equal parts Bob Marley reggae and Childish Gambino rap.

The main criticism about the album is that it can be overwhelming and fatiguing. It contains fifteen tracks for a run-time clipping over an hour. That’s not to mention two bonus tracks that add ten minutes to it. At its worst, This Land feels like it has too many ideas. At its best, it shows Clarke’s evolution from a guitar viruoso to a full-fledged songwriter.

That being said, there isn’t much filler to be had on this album. Almost all the songs have their own distinct identity, due in no small part from the genre mixing. “The Governor” is authentic, old school delta blues. “The Guitar Man” is a mellow R&B jam while “Feed the Babies” is littered with falsettos and guitar pedals.

“I Got My Eyes On You” is a slow blues track that has built-up guitar explosions saved for the end. “Pearl Cadillac” is a killer ballad with Prince inspired falsettos and roaring guitars. He emulates Stevie Ray Vaughan with “Highway 71,” an instrumental that is essentially extended guitar solo.

B.B. King and Buddy Guy are emulated in “Dirty Dish Blues,” a pure slab of old school blues ripped straight out of the 60’s. “I Walk Alone” is an emotionally deep song with hypnotic psychedelic grooves. “Don’t Wait Til Tomorrow” is another R&B ballad with a mournful, futile guitar solo reminiscent of the lyrical themes of infidelity present in the song.

However, Clark’s songwriting blunders come back in “Feelin’ Like a Million,” a clichéd quasi-party anthem that is a real lowlight of the album. “Gotta Get Into Something” is… a punk rocker? While it sounds neat and unique, it feels wholly out of place on This Land.

At times This Land is cheesy. At times it can also be aggressive and too flashy. However it is a solid release from Clark who is beginning to come into his own with confident songwriting. The album is littered with old school sounds that Clark masterfully works into a modern production. If he was trying to make This Land play like a live album, then he completely succeeded in that task. 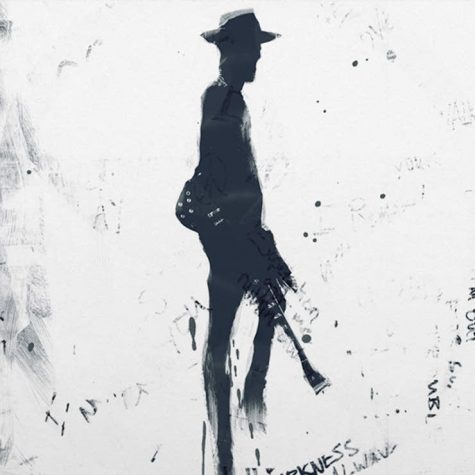