Myth vs. Fact: The reality of a redhead, soulless and all 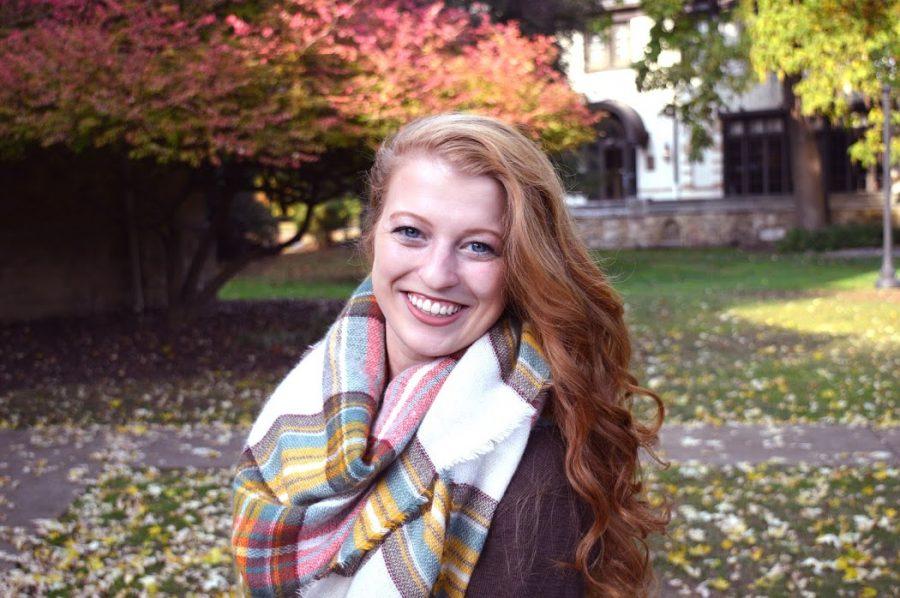 Red hair is more than just a color- it’s a lifestyle. That’s why on Nov. 5, the nation celebrates “Love Your Red Hair Day.” The purpose of this holiday is to empower redheads everywhere reminding them to appreciate their unique qualities. In honor of this nationally recognized day, this editorial will cross the fine line between redheaded myth and fact written from my perspective of personal experiences as a natural-born redhead.

Apparently, if you blink, you will miss us. It’s estimated that we make up less than 2% of the world’s population as individuals with natural red hair. Yes, that’s a small number, but it represents a very proud population. I’ve been told countless times by people that I should seriously consider marrying another “ginger” so I can increase my chances of having redheaded children, so you know, we won’t die out. The notion that redheads could become extinct within the next 100 years is a myth. According to National Geographic, while the redhead population may decline, the gene for red hair will not likely become extinct.

2. Red hair and blue eyes is the rarest combination in the world.

This is true! The recessive gene that is responsible for red hair entitled MC1R is considered a genetic mutation. This mutation is responsible for ginger hair color- of course in numerous shades- the pale skin and freckles everywhere. Since MC1R is recessive, an individual needs two copies of that gene for it to be expressed. According to livescience.com, this means that if both parents carry the gene, just one in four of their children are likely to be a redhead. As a result, families that have no redheads for decades can suddenly discover a carrot top in their offspring.

3. Redheads are more sensitive to pain, and most likely bruise easier than those of different hair colors.

People always accuse me of being a big baby if I fall or get hurt. Redheads are scientifically proven to carry the MC1R gene as previously mentioned, which causes extreme sensitivity. When it comes to bruising, doctors have reported on many occasions that their red-haired patients are more likely to bruise after a surgical procedure. For me, a surgical procedure doesn’t even need to be in question. I bruise from tapping my knee off my bedpost or shutting a door with my elbow. I’ve come to accept the bruises I find on my body weekly having absolutely no clue how they got there.

4. Redheads have less hair on their heads.

According to the Huffington Post, each strand of red hair is generally thicker than those other shades which compensates for the fact that redheads have less hair. Apparently on average we have 90,000 strands while blondes have 110,000, and brunettes have 140,000. To me, this either cannot be true, or I’m an exception to the rule. The thickness of the red hair on my head is equivalent to a horse’s mane. I couldn’t tell you how many times I’ve been told to be the Disney character, Brave, for Halloween.

Growing up as a ginger child will give you thicker skin. However, not enough thick skin to make you less sensitive to anesthesia. This is true. A growing body of research shows that people with red hair need greater doses of anesthesia and are often resistant to local pain blockers like Novocaine. The reason I would not sleep a week before getting my wisdom teeth out was because of the scarring horror stories of redheads waking up sooner after surgery than others with different hair colors. Even worse, some redheads have reported to wake up during the procedure itself, feeling everything!

At least once a day, an elderly woman asks if my color is real, and sighs once I tell her the truth. The response is the same every time: “I would kill for your hair color in a bottle.” The fact is, though, that natural redheads won’t need to search for their original colors in a salon once they grow old. The Huffington post claims that as a redhead ages, his or her hair initially tends to turn blonde, which then eventually turns white. Many hairstylists claim that red hair will never turn grey, but instead simply fade to white through the shade of rose gold when the time comes. I am not experienced enough on this notion to comment, but I pray it’s 100% factual so I don’t need to panic.

7. All redheads are Irish.

This is a myth, for sure. From my appearance, I look like I should be pictured on a Lucky Charms cereal box. The fact is, though, I am not Irish. Every St. Patrick’s Day, people stare at me in awe as if it was my birthday or the best day of my life, and that I should be smiling in celebration. However, this assumption is not all bad, as green is no doubt my color, and I take full advantage of it for every Halloween costume I’ve ever worn.

8. Redheads have a feisty temper and are more “hot headed” than any other hair color.

Bad temper, hot headed, quick to act, bold and brash are all qualities that are blamed on being redheaded. However, according to HealthFundingResearch.org, the reality is none of those traits are proven to be exclusively a redhead thing. Do I have a bad temper? No. Am I quick to act? Yes. Am I feisty? Up for discussion. Depending on the reason and who you ask, maybe I do fall under these qualities. This just means I can’t blame it on my red hair as an excuse.

9. Redheads, commonly referred to as Gingers, have no souls.

The legend tells us that all “ginger” people have no soul, and will steal yours if you make eye contact with one long enough. My personal favorite is that we earn a new freckle each time we steal one. Clearly, we have souls, but what no one points out is that we also have big hearts that we love with just as much as the rest of the world of varying hair colors, if not more.

To be honest, this notion is based solely off of perspective, and here’s mine: it is definitely not easy being redheaded, but I wouldn’t change it for the world. There is absolutely nothing ugly or shameful about having red hair, or any other hair color for that matter. Having red hair is my trademark. It’s what sets me apart, expresses my individuality, and what makes me Rachel. Regardless of what’s fact or myth, I’ve grown to love and embrace my red hair, and all that comes with it.