Within the last few months, there have been bombings going on around the world, gun violence in the U.S. between the police force and African Americans and many other forms of terrorism that are going on. Even though so many forms of violence are going on, many people in our society seem to be naïve and ignorant to what is really going on. Officials say the man responsible for the bomb threats in NY and NJ is Ahmad Khan Rahami, 28. On Sept. 16, authorities say he allegedly set off a bomb in Manhattan, NY, that injured 29 people. About three days later, they claim he attempted to set off a bomb in Elizabeth, NJ, where Rahami had previously lived. Luckily for those in the city, the bomb was confiscated by authorities inside a backpack before it was able to cause damage.

According to published reports, when Rahami was found by police in Linden, NJ, a town nearby Elizabeth, a shootout ensued which ended up in the suspect and two officers getting struck with a bullet, but they all survived the incident. For more information on Rahami’s background and motives check out the online CNN article entitled Ahmad Khan Rahami: What we know about the bombing suspect. When it comes to terroristic threats, most people automatically associate Middle Eastern people are those who “look” Muslim. This fear towards people of this culture is known as Islamophobia. According to the University of California, Berkley Center for Race and Gender, the term Islamophobia means dislike of or prejudice against Islam or Muslims, especially as a political force.

Many Americans that fear Muslims stems from 9/11 as being an attack set up by a terrorist group led by Osama Bin Laden, despite many people having different opinions on who actually perpetrated the attacks. Typically, the profile created towards someone that is Muslim is a man or woman with a brown or light brown complexion, dark features, the men having full beards, the women being covered from head to toe, and both genders wearing turbans (different Islamic nations have different ways of referring to the turban). As a result, those that are Muslim or Islamic face a multitude of backlash in the same way that African Americans and Hispanics do, most notably Hispanics of Mexican descent.

Unfortunately, most of the disputes that have occurred due to racial tensions have resulted in violence and lives being lost. Even though no lives were lost as a result of the recent bombing and bomb attempt, lives have been over other racially driven issues, most notably the Black Lives Matter movement, which started as a result of many innocent blacks being killed by police officers. Innocent black people getting killed by cops and framing it to make it look like the innocent victim was the perpetrator has been going on for many years, the only difference is that in today’s world, there are videos to validate what really happens.

The whole Black Lives Matter, is an entirely different issue in itself, but it is another racial issues that many Americans know has existed for hundreds of years, but still fail to acknowledge as a problem just because slavery is not official anymore. We as a nation must stop being so ignorant and start creating a resolution, instead of contributing to the problem, which we are doing by just sitting back and letting violent and inhumane things continue to go on. Our attitudes as a society towards certain races is one way to help bring about change in our country when it comes to things like Islamophobia. Ridiculing anyone based on physical appearance defines being prejudice. Having these negative attitudes towards certain races is something that is learned, so people must be taught from a young age not to hate.

Another thing that can be done is to simply educate people. In most schooling systems, when kids are taught about history, there is more emphasis on the positive aspects of American history and little emphasis when it comes to our lowest points in history. If people start to educate themselves on the reality of what is going on in this country, then maybe people will start trying to make a difference. The biggest factor as to why there are so much racial tension is because people are not sensitive enough to realize the difficulties of being a minority in this country. First or second generation Hispanics, Blacks, Muslim, and other races in the U.S. is very difficult, but many Americans forget that their grandparents and great grandparents came to the U.S. from another country in order to enjoy their freedom today. 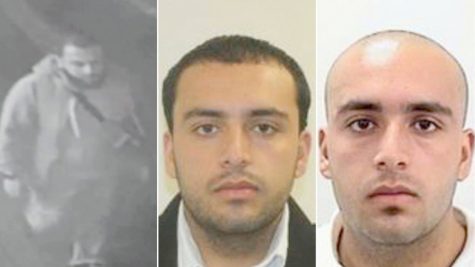 Being mixed with Black and Hispanic ethnicities, I have experienced first hand ridicule about my ethnic background and have had a few racist encounters, even though I do not necessarily have a dark complexion. Unless someone has personally experienced something like racism, people will never know what it is like. I would love to see change come about in our country but sadly, it will probably not happen anytime soon because of our ignorance as a society. Being a minority in this country, I do have a little fear when I am out in public by myself because I could be caught in the wrong place in the wrong time. We must take an initiative, so there are no more innocent victims losing their lives