It’s beginning to look a lot like Christmas overhaul 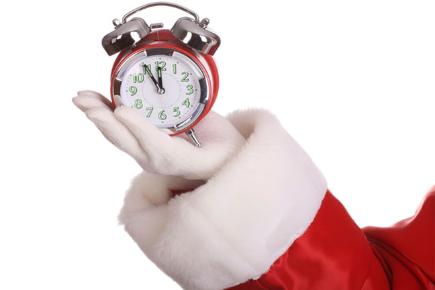 The saturation of the “holiday” (formerly known as Christmas) season has begun. Actually, to be technical it started a few days leading up to Halloween.

I partly blame the Hallmark Channel and its sister station Hallmark Movies & Mystery channel even though the latter is only available to 48% of American households, but I digress.

Every year the start of Christmas becomes earlier and earlier. The obvious reason is for companies to make huge profit off of us sheeple. This year Kmart and Target had holiday themed commercials, with the former being about layaway. Come on that’s ludicrous. Where is Thanksgiving? It’s an important holiday too. Not only for us, but it’s popular in the U.K., The Netherlands and Canada.

According to the Guardian, turkey sales in Britain rose by 95% over five years at Waitrose, which is a British chain supermarket. One of the biggest theories as to why that has happened is because over 200,000 Americans now live in Britain. However, Thanksgiving is still an unofficial holiday in that part of the world.

Anyway, back to us. Now that Thanksgiving is virtually non-existent in commercials or even on regular TV shows, is Christmas really going to be celebrated in the span of two months as opposed to one like it used to be? We’ll just have to see what happens next year I suppose. In the meantime, I still have yet to hear Christmas music in stores and on the radio.

I can vouch for all my coworkers and tell you that working at a store during these next two months is distress. They play the worst versions of Christmas songs and often they can repeat about three times during a typical 8 hour shift. This is one of the reasons why people, especially those in customer service, get so sick of the holiday season before December even rolls around.

Integrative Media senior Kahdijah Venable had this to say regarding the holiday shopping season starting so soon in the year. ”I think that its so strange stores put out Christmas decorations directly after Halloween.” The only thing that ticks me off about it is that Thanksgiving is an important holiday, so everyone kind of shy’s over it.”

The only real benefit to Christmas season starting earlier is that sometimes the unusually warm weather in November can allow for people to put up lights on their roof without much worry of freezing their fingers off. Another thing that’s horribly annoying is the commercialism involved with Christmas. Decades ago stores didn’t put out toys until around December. Now it’s all year around which just makes for more spoiled kids in this world.

What really drives me coo coo is those kind of people that throw out their Christmas trees the day after Christmas. This might possibly be due to them being sick of the holidays. I don’t blame them because of how over commercialized the season has become and it’s only going to get worse.

Also, I’m sick of hearing about Starbucks recent “controversial cups” story. Lastly, don’t get started on Black Friday shopping and how it negatively affects most workers and their families because of greedy morons. Maybe I’ll save that for another day