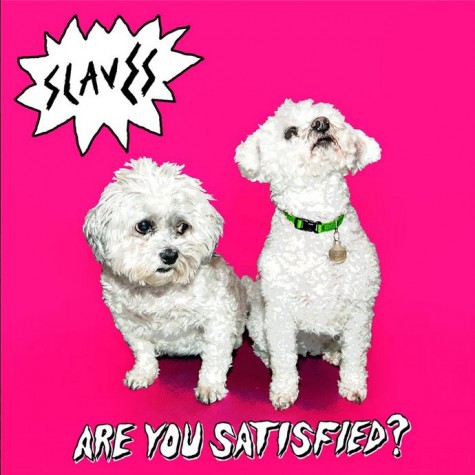 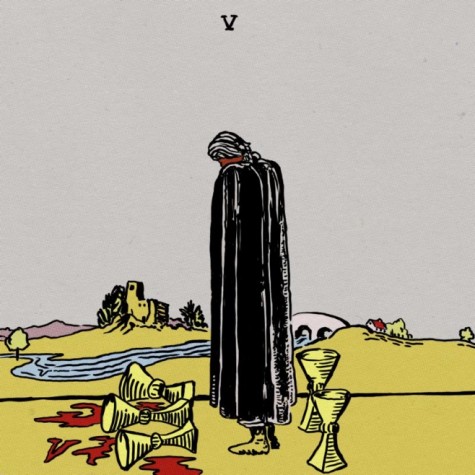 The name of the band Slaves may be off putting to some, but once you get past that point there’s no turning back. Unless you’re not into punk or lo-fi garage rock, then I guess you should leave. With their official debut album Are You Satisfied? released back in June, a band that would be great touring mates to them also released a new record.

Starting off with British band Slaves, their debut is quite impressive. However, they did self release an EP titled Sugar Coated Bitter Truth back in 2012. Their latest release comes off the Virgin EMI label. Their official debut went to #8 on the UK Albums Chart and instantly got them nominated for BBC Sound of 2015. Are You Satisfied? has also just been nominated for the 2015 Mercury Music Prize.

Although they haven’t had their singles reach any chart, they have been steadily gaining traction on Spotify. The protest sounding songs seem to be resonating with many. They had this to say in a recent interview. “Growing up our reference points were bands like The Jam and The Sex Pistols and Grunge. People did seem to have more things to say then but they had less to fear in those days from social media.  I think we’re primal rather than punky. We’re simple and straight-up, but we’re also into rap and rave and hip hop.”

Their songs don’t seem forced and actually feel quite honest. “The Hunter” is one of the more popular tracks on the album and goes with the anti-popular and anti-government theme throughout the record. You don’t like what we do because we say what we are thinking, and that shocks and frightens you.”

“Cheer Up London” is also another powerful song and probably one of the more catchier songs of the year. How can you not shout along to this jam in your car or at a friend’s dorm party? Are you done digging your grave yet? Put another 0 in your paycheck. Are you quite done? You’re dead, already, dead, dead, already!”

At this point it’s not even necessary to talk about the low’s and high’s because there are no low’s. This album is incredibly dope and deserves to be included in every freaking end of the year “Best music of 2015” poll in all the music magazines. I give Are You Satisfied? 4 out of 5 stars.

Now let’s talk about Wavves and the issues lead singer Nathan Williams experienced with his label Warner Brothers earlier this year. The following statement by him actually reflects the emotions of many artists out there. “Its so obnoxious to work tirelessly on something and then have a bunch of people who just see me as a money sign go and f^*k it all up.”

This is his latest release since 2013’s Afraid of Heights, not counting this year’s collaboration album with Cloud Nothings called No Life for Me. If I have to make comparisons I would say this new release is more cohesive than the last four albums, but also the least interesting. The first track “Heavy Detox Metal” has a lot of nice guitar riffs. It features the usual lyrics that are kind of “slacker college rock-esque “, which are present throughout all his albums.

The thing that bothers me the most is how many of the songs sound alike. They actually sound more mainstream alternative and polished than previous work. I miss the lo-fi and surf rock sounds of the 2010 album King of the Beach. There are some cool songs though. For instance, take “My Head Hurts” and “Redlead.”

They come in the middle of the album, but are actually better than the opening tracks, which is unusual for albums since the more “radio friendly” songs come first. This relatable lyrics comes from “My Head Hurts.” “But my head hurts, and without you it’s worse. Suffocating on my own. You’re killing me, I hope you know.”

The other song that is a standout is “Wait.” It has so far not been released as a single. It possibly holds the potential to be a breakout alternative rock hit. Again, the album is pretty robust, but just not like their old stuff. It’s not such a bad thing, however it feels like Warner Brothers sucked the creativity out of Wavves. Hopefully they go back to Fat Possum Records in the future where they belong. I give this record 3 out of 5 stars.