4 Reasons Why “Fifty Shades” is Black and White 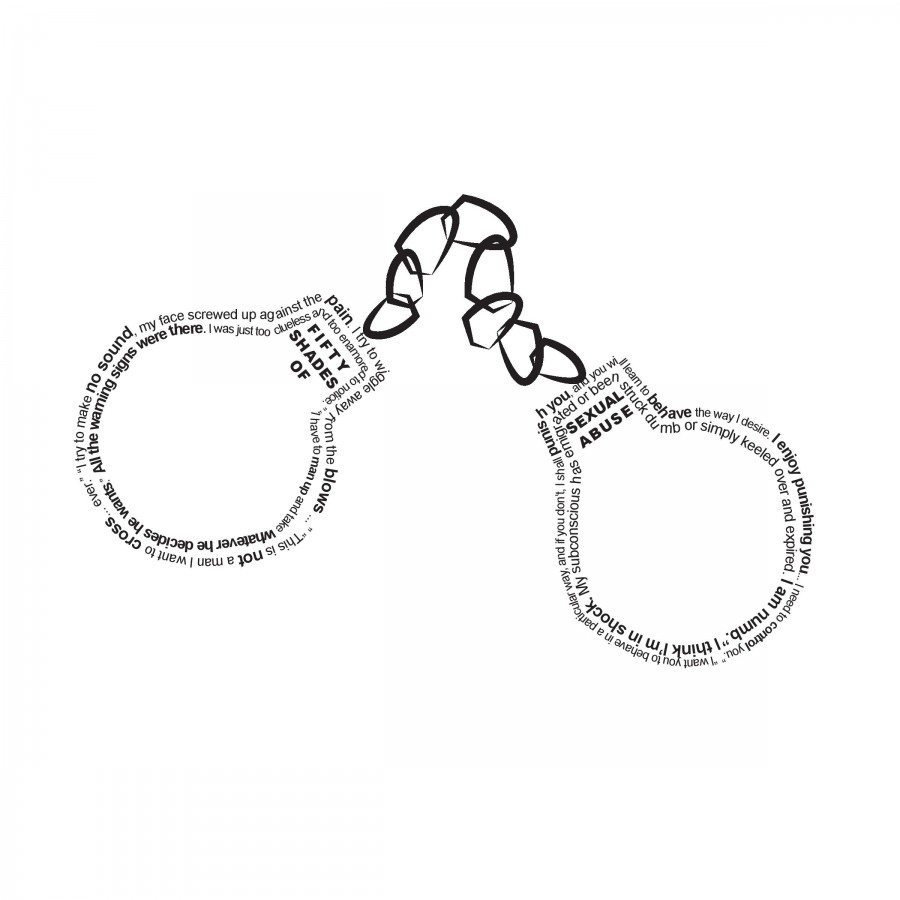 Despite the fact-based articles supported by evidence from the books themselves, many individuals are overlooking the dangerous themes represented in the movie.  Not sure how to battle with your friend about why they should save their money (or better yet, donate their money to women’s shelters) instead of seeing the movie? Here are four reasons people give for wanting to see the movie anyway and what you can say to get them to think twice.

Mia Briceno, assistant professor of communication studies, said that movies can be looked at as rhetorical artifacts, “they shape our culture, our interpersonal relationships—certainly they are not the only influence we have – but if you’re going to say that mass media doesn’t contribute at all to those ideas and the way that we communicate and interact with each other, you’re ignoring the significance of that.”

“Cultural representations of sex matter. Cultural representations of sexual power matter—especially when it reinforces the social stigmas of women’s repressed sexuality and that present any kind of justification of our date rape culture that says that it’s okay for a man to force himself on a woman,” Helen Davis, associate professor of English said.

Davis notes that sex education in schools isn’t cutting it and that is why we need to read into movies.

“These cultural representations of sex are what most people get as their sex education,” she said.

Briceno notes that we can consume the types of messages seen in Fifty Shades of Grey for entertainment or pleasure but there is a difference between being an informed receiver of these messages and consuming these messages without critically considering them.

It’s just so kinky and sexy.

“Abuse isn’t sexy, abuse isn’t kinky, abuse isn’t okay. There are much healthier, sexier, kinkier options out there that would serve that purpose much better,” Davis said.

“There’s a whole field of erotica that doesn’t rely on either badly written tropes or badly represented ideas of sexual practice.”

But Ana consents to being a submissive.

In Fifty Shades, “consent is incredibly problematic. The rules that are agreed upon by both of them are constantly violated.  She constantly ends up in sexual situations that she is not comfortable with and that she has not agreed to,” Davis said.

The book frames this this as acceptable because Ana eventually likes it, but women have to be in charge of their own sexual experiences.  Women are made to feel guilty if they say no to things they do not want to do, Davis said.

Briceno notes that because of the unequal power distribution between Christian and Ana, the book reinforces ideas that rape culture is built around like “blurred lines” and “she says no but she means yes.”

“It’s not just women being abused in these sorts of relationships, it’s also about the way that it disproportionally affects men and the expectation that they embody this kind of masculine stereotype,” Briceno said.

Miriam Grossman, a medical doctor specializing in pediatrics and psychiatry disputes the idea that Ana is making thoughtful, detached decisions about Christian in an article on her website, megmeekermd.com.

“Christian constantly supplies Anastasia with alcohol, impairing her judgment.  Also, Anastasia becomes sexually active with Christian – her first experience ever – soon after meeting him. Neuroscience suggests their intimacy could jump start her feelings of attachment and trust, before she’s certain he deserved them.  Sex is a powerful experience – particularly the first time. Finally, Christian manipulates Anastasia into signing an agreement prohibiting her from telling anyone that he is a long time abuser,” Grossman said.

The bottom line is that Ana is coerced.  Coercion is not consent.

According to Katherin O’Clare in her article about Fifty Shades on crushable.com, “All sexual relationships, whether vanilla or kinky, require consent. There is no such thing as having sex that is not based in consent. The only thing that happens without it is rape.” Why would anyone pay $11 at a theater to see that?