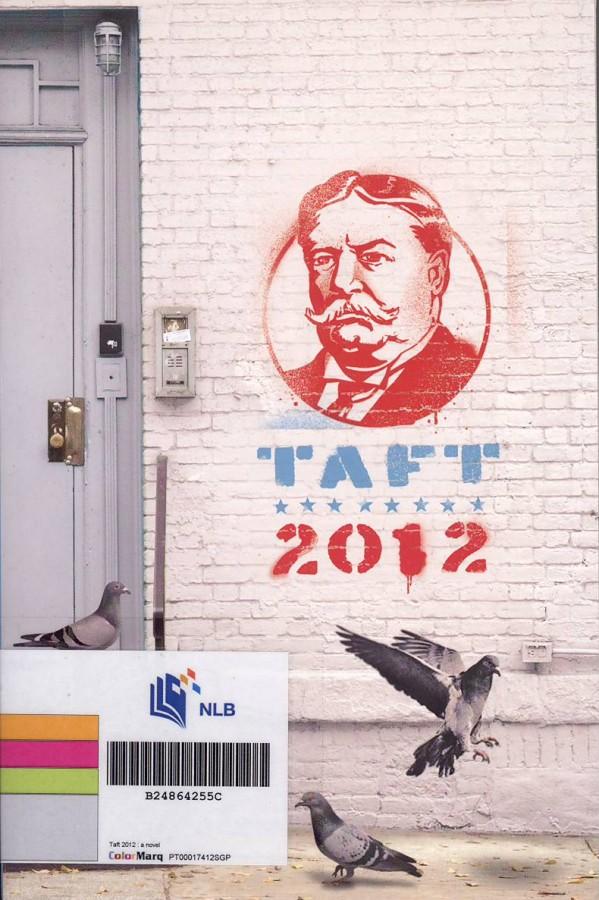 Jason Heller spins an intricate web of folklore and political commentary in his novel, Taft 2012. If a prospective buyer selected this book from the shelf of their local bookstore, their first thought would be, “Folklore and political commentary do not have anything in common?” The wonderful element about this assumption is contrary to the rule, the buyer is not always right. In fact, throughout Taft 2012, these genres seamlessly and effectively blend together. Jason Heller showcases his gift of writing by combining the folklore legend Rip Van Winkle with often forgotten President William Howard Taft.

In the text, President Taft loses his bid for presidential re-election in 1913. During his concession speech, President Taft mysteriously vacates the White House, never to be heard from, until he awakes from a Rip Van Winkle-slumber in 2012. President Taft’s whereabouts for the past ninety-nine years remains a mystery to the public. Not only is President Taft alive and well but he is considering a run for a second term as President in the landmark 2012 election.

I will concede, the premise is ridiculous but by the end of the novel, the reader will be ready to proudly display their Taft 2012 bumper sticker. Personally, I cannot find fault with the novel. It is simply too charming and too charismatic. Its charm and charisma originate from President Taft’s documented qualities and from Heller’s ingenuity as a writer. What makes this story believable is Heller’s combination of fiction and nonfiction. Heller adds just enough historical fact to his fiction to make the audience believe that come November, they can cast their ballot for William Howard Taft. Heller reiterates historical realities such just as Taft’s shyness, larger than life figure and personality and Taft’s disdain for political games. It is these qualities which leads the reader to have no qualms about crying with Taft as he goes through the emotional unrest of missing his deceased wife or laughing with Taft as he celebrates family dinners with his great, great-granddaughter and her family.

Heller’s political commentary is fueled by his fabrication of White House briefs, CNN polls, C-Span coverage, transcripts of television and of radio interviews, a President Taft twitter, a Facebook profile and a website dedicated to hypothetical election results. In addition to all of this, Heller includes Taft 2012 merchandise. In an age of digital humanities classes, social media, online journals and online blogs, Heller places the 157-year-old Taft at the forefront of the digital movement. Through the aged eyes of a man who won his original presidential election without public slander of an opponent, Heller camouflages his profound message in this satirical text. As the reader closes the final page, they come to the realization that Heller’s proud message is: With all of America’s advances, old-fashioned politics may be exactly what this country needs.

From beginning to end, Taft 2012 is engrossing, loveable, revolutionary and inventive. The same can be said for President Taft and Jason Heller. Taft 2012 contains copious amounts of humor, of talent and of commentary, which makes it difficult to fathom that this is Jason Heller’s authorial debut. Taft 2012 has the ability as a political satire to withstand the test of time as is the case with George Orwell’s 1984 and Animal Farm or Jonathan Swift’s Gulliver’s Travels.