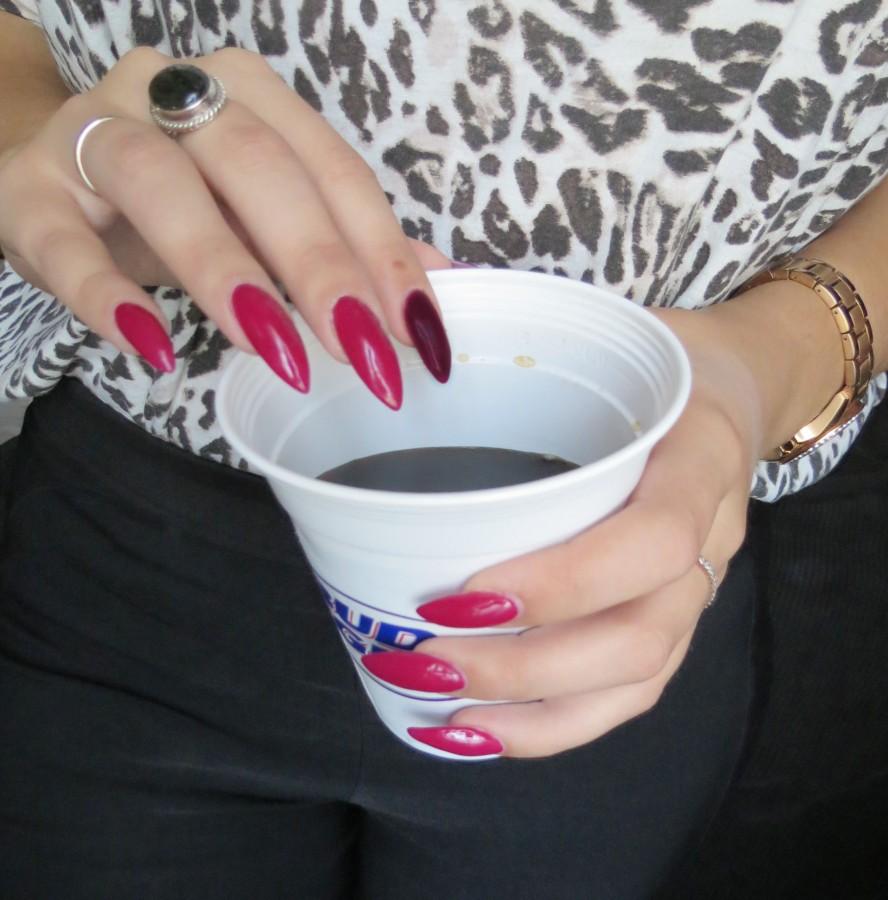 A Google search for “rape prevention nail polish” yields not the name of the company creating the polish, how much it costs, or where to purchase it.  Instead, the search brings up a list of headlines from “A Manicure Won’t Stop Rape” to “Nail polish: Anti-rape or anti-woman?”

Four male students at North Carolina State University most likely had the best intentions when they created the nail polish, but their new invention is stirring up quite a commotion—and it hasn’t even been released yet.The company the students created, called Undercover Colors, is in the process of producing a nail polish that changes colors to warn the wearer when her* drink has been drugged.

When the wearer dips her finger in her drink, the polish will change color when in contact with one of these colorless, odorless drugs.

While this is undeniably a great invention, many feminists and social rights activists are up in arms because it is reinforcing the idea that women need to protect themselves, not that we should be teaching men not to rape. Some would argue that we are encouraging rape culture with this invention.

“It still puts the responsibility on someone who could potentially be the victim or women in general,” said Mia Briceño, associate professor of communication studies.

“You get into this slippery slope where you blame the people who developed the nail polish and that’s not the point at all. It’s a very interesting invention and is something that could have a positive impact on peoples’ everyday lives, but it is questionable in terms of ‘does it really get at the heart of the matter?’ and that doesn’t seem like the case,” she continued.
Briceño, who has both scholarly and personal interest in gender studies as well as domestic violence and rape culture, related that the nail polish raises issues of traditional gender roles and femininity since all females do not wear nail polish.

“Add this to your arsenal—put it in with your pepper spray and your small but sharp knife or whatever you have because you have to be afraid 24/7 because you are always a potential victim of assault.” Briceño parodied the too-true statements that women hear in the media and from their friends and family.

Jennifer Thomas, developmental psychologist and director of the Women’s and Gender Studies program believes that while the nail polish may not be the best solution, at least it is getting people talking.

“I think it’s really wonderful that people are talking about this issue. We really need to talk about these things if we are going to see any change. So if wearing nail polish sparks conversation about rape culture then that’s great, but in the scheme of things it can’t just be women fighting for women, it needs to be a societal change,” Thomas said.

“We need to change our culture that teaches girls to go out into the world and avoid getting raped. I’m sure that every girl has had that conversation with her parents or some adult about how she needs to protect herself. Almost every woman does rituals to avoid getting raped whether it’s not walking alone, holding car keys a certain way, finding certain places to park their cars. Women’s lives are restricted because they are very aware that they could be a victim of violence,” Thomas stated.

What is holding society back on making a change?

“We don’t teach responsible sex education. We don’t teach people of all genders how they may want to explore their own sexuality and how they should take it seriously as something with a lot of impact beyond the moment,” Briceño related.
Beyond informing students about consent, Thomas would like to see a sort of center on campus enacted that would deal with any sort of human rights issues.

“I really think we need a center that is headed by an expert in these types of issues,” she noted.

“People need awareness, they need true bystanders. It would be great, too, if the university surveyed incoming students about consent and what rape means and what student’s rights are. Maybe we need to find out where our students are and tailor a program to that, do the program, then capture data again and see if it works,” Thomas said.

The hot debate on the validity of a date rape prevention nail polish may wage on for years. Personally, my bottom line is if swirling my nails in my drink is a way to protect myself from sexual abuse then I’m all for it—but I think it’s essential to educate ourselves and our children about consent to prevent the responsibility from constantly falling on the victims of these heinous crimes.

Once we stop victim-blaming, real change can begin.

*Editor’s note: Due to statistics about rape where victims are  overwhelmingly female and perpetrators are overwhelming male, in addition to the fact that the polish is marketed exclusively to females, this article assumes the pronoun “she” when discussing potential victims. It is understood that this is not exclusively an issue where females are always victims and males are always perpetrators.