I had the joy to attend a concert in Philadelphia on Tuesday, March 26. The opening acts were Alex Winston and a duo called MS MR. Grouplove was the headlining act. All three of which can fall under the “indie pop, indie rock, or dark wave genres.”

Grouplove is an interesting and pretty wacky band from Los Angeles. To be honest, I’ve only known them from their two hit songs “Tongue Tied” from their 2011 “Never Trust a Happy Song” album which reached number No. 42 on the Billboard Hot 100 and No. 1 on the Alternative Songs chart in 2012.

Tons of fake high school hippies passing joints around were at the packed concert, but that was not surprising at all. Aside from the occasional person with a cell phone in your face, the crowd was pretty groovy.

Grouplove put on an unbelievable show and was louder and more hard-core than I thought they were. If only their live performances were as great as their studio recordings.

The only downside to their newest (and debut) album is that the studio recordings are sometimes sub par. 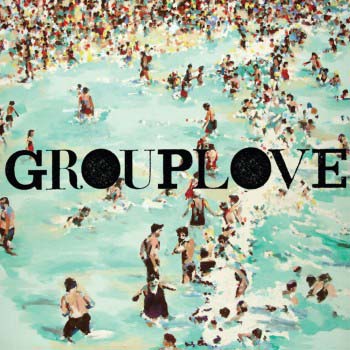 However, they’re still a fun band that shouldn’t be taken so seriously. The first two songs off their album “I’m with You” and “Borderlines and Aliens” aren’t the best opening tracks ever, but they’re pretty decent.

“Schoolboy” finally picks up the mood followed by singles “Ways to Go” and “Shark Attack.” The latter is even doing pretty well on alternative radio at the moment. “Sit Still” feels like The Lumineers just made a collaboration with Edward Sharpe and the Magnetic Zeros somewhere in a desert. “Hippy Hill” pretty much explains how they don’t want to be perceived as “hipsters,” but hippies instead. “Yeah I’d rather be a hippy than a hipster, what!/yeah I’d rather be grooving than grinding up.”

The last half of the album is surprisingly well put together and adds to the overall “summer” feeling effect. It is definitely an improvement from their debut album. Although Grouplove may never become a mainstream pop band, they are likely to achieve huge cult status over the next few years as they continue to spread good vibes.