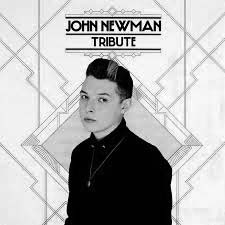 DIY musician John Newman has officially burst onto the scene, whatever that may be. Recently, there has been an increasing wave of British musicians making a name for themselves . That scene can date back to Amy Winehouse and Duffy in 2007. The other scene John appears to be involved with is the Motown and retro soul trend sweeping the radio as of late.

Whatever it may be, he is certainly on the right track. Here is someone who grew up poor after his alcoholic father left him, his brother, and his mother when he was a kid. Newman would often get in trouble with the police as a teenager and smoked weed. Originally he wanted to be a mechanic, but decided to pursue music by studying in Leeds and London.

By 2011, he was signed to Island Records and a year later was featured on a No.1 hit song “Feel the Love” with an electronic quartet, Rudimental, in the U.K. He scored another hit with them months later. Around that time he also had a benign tumor removed from his brain, but is now okay.

Flash forward to today and the 23-year-old has his own solo No.1 hit in his home country called “Love Me Again” which is currently reaching American audiences like wildfire. It currently sits at No.35 on the Billboard Hot 100. The song comes off his debut album “Tribute” which began No.1 in the U.K. last October, and No. 24 in the U.S. this year. The album is all about past breakups and heartaches. Sure we’ve heard that formula before, but there’s just something different about this kid. Newman’s voice is like no one else’s at the moment. His raspy way of singing mixes wholly with the thick accent and retro soul sounds makes him stand out from other artists.

Tracks like “Loosing Sleep” and “Try” give the listener a hint of disco with a great backup of chorus singers. The mood slows and darkens on “Out Of My Head” while he asks the question, “why would you want to love somebody when love hurts in the end?”

“Day One,” another highlight of the record, has a ‘90s sound to it.

The major issue with this record is the overbearing choir in the last few songs, but other than that it’s a strong debut.

John Newman hasn’t created something entirely new, but definitely pays tribute to his idols of the past while bringing it into the present.