The 101: Defense Against the Dark Arts 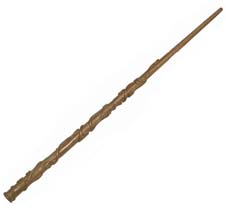 Let’s face it: most of us probably wish we were invited to the Hogwarts School of Witchcraft and Wizardry instead of being accepted into Wilkes. I know I would take Charms or Potions class over Calculus or Physics any day.

For those rare few of you who have never read or at least seen the Harry Potter series, I’ll briefly review the basics of Hogwarts operation.

The series begins with Harry being selected into Hogwarts as a student. Hogwarts is a boarding school supported by magic where students aged 11-18 can learn to utilize and perfect their magical abilities so that they are able to function and succeed in the wizarding world. The school is selective and you must be born into magic. You must also be personally invited to attend so if you haven’t received a letter by now, I’d find a different dream.

Hogwarts functions similarly to a real college or university. There are three terms, core classes and electives. The classes a student takes are based on their year and they are required to take “Ordinary Wizarding Level” (O.W.L.) exams for each subject to pass. Each class requires certain textbooks and equipment such as wands, quills and the like.  There are a wide range of subjects unique to Hogwarts which is seemingly why everyone in real life wants to go there.

Defense Against the Dark Arts is a mandatory class where students are taught to defend themselves against Dark Arts, or magic that causes harm, Dark Creatures, such as dementors and basilisks which omparable in nature to werewolves and vampires, and other charms or spells that could potentially be cast upon them in their lives.

Curriculum within the class varies depending on who the professor is, and there have been many Defense Against the Dark Arts professors for one dark reason or another. This is, however, a different matter for a different time. Professors have different methods, beliefs, priorities and efficiencies, so it seems more or less a crapshoot what students learn each year. Sometimes it’s strictly theories, sometimes its physical defense, sometimes it’s both. Wizards with a natural “dark incline” would typically apply for this position since it deals with harmful and powerful magic.

First year students start with the basics; pretty much just learning how to use their wands.

Lumos is a light-creation spell that illuminates the tip of the wand. It is a simple sell but requires concentration. The Verdimillious charm creates a green electrical charge and reveals objects that have been hidden by dark magic.

An important defense charm for second-year students is Expelliarmus, or the disarming charm, which releases whatever an enemy is holding. This is a common spell used in duels.

As a third-year student, Harry (and only Harry) was taught the Patronus charm, which evokes a highly charged energy force toward the enemy.

The spell is typically taught at “graduate levels.” Patronus is a very difficult and very complicated spell, used primarily to protect one’s self against the darkest of beings that exist in the magical world.

Fourth, fifth and sixth-year students practice more challenging spells. These include the stunning charm (Stupefy), nonverbal spells and fleeing, among others.