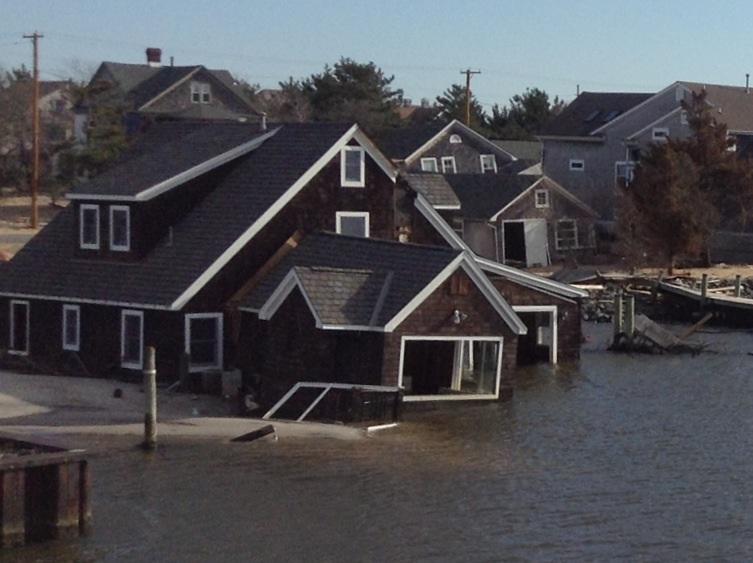 I was standing in the café in UCOM the other day, a Tuesday, waiting for my sesame bagel toasted twice with extra vegetable cream cheese when I heard cheering on the television.

The 64-year-old swimmer Diana Nyad, who recently swam from Cuba to Florida without a shark cage, was just about to jump in the pool for a 48-hour marathon swim to benefit the victims of Superstorm Sandy.

2 days later, Nyad had raised 103 thousand dollars towards the effort.

A year ago this month, Superstorm Sandy barreled in from the Caribbean, moved up towards the northeast coastline and collided with a winter storm, forming the second costliest hurricane in United States history after Hurricane Katrina in 2005. The death toll from Sandy was around 149 in 8 states, Canada, and the Caribbean.

As natural disasters and other news come and go, past events are pushed out of site and out of mind.

According to nj.com, there are still plenty of families without homes in the states affected by the storm. Others are still waiting for federal funding and insurance money that they were promised months ago to fix their deteriorating homes. Pressure from the mortgage companies and states are tearing homeowners and business owners in different directions while they wait to see if their aid applications have gone through.

New Jersey’s post-storm motto “stronger than the storm,” doesn’t hold much value any longer. The t-shirts aren’t worn as often.

While some shore towns are recovering faster than others, the damage is still apparent wherever you go.

If you drive down the coastline on route 35, the houses are exactly how they were left a year ago- ripped apart, many gone completely, piles of sand and debris. Fluorescent orange X’s mark the houses that have still yet to be demolished.

The families that were fortunate enough to keep their homes live on lonely streets. Looking outside each morning they have a view of their not so fortunate neighbors, whose houses are still in shambles. Many have vacated for good.

In New York, families are still living in dozens of hotel rooms with their water-logged and salvaged belongings as their aid expires. The hotel living arrangements was supposed to be temporary.

Although some progress has been made in the affected areas, there is still much work to be done. I am glad to see that the efforts have not been completely forgotten. It is important to remember that although it may not be in the news anymore, there are still victims recovering from this and other tragic events. I hope that this anniversary revives the effort and spirits for those still struggling to get their lives back to how they were.

Let’s not forget how lucky we are.