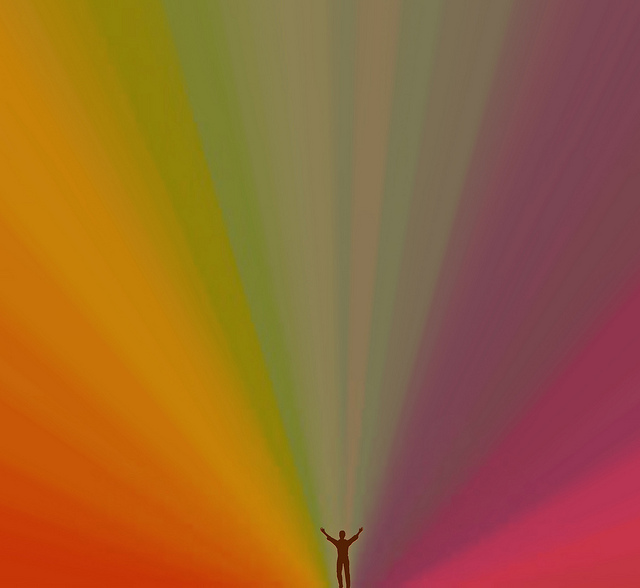 Let’s first have a moment of silence for those who have never heard of Edward Sharpe & The Magnetic Zeros. It’s okay to stop cringing now. Anyway, the Magnetic Zeros have just released their self titled third album over the Summer, but I recently just picked it up at a record store recently.

I first heard of this band around the time they came out with their first album “Up from Below” that spawned their most known song “Home” back in 2009. It would go on to be heard numerous times in commercials and probably on many of your friend’s “on the way home” playlists. Their sound can be described as Indie Folk, gospel, and ’60s inspired roots rock. Another notable feature is the amount of members in this gypsy traveling band . To date there are eleven plus the touring members making it a total of eighteen!

Thirty five year old Edward Sharpe (real name Alex Ebert) first wanted to be a rapper as a teen but pursued in film study while listening to artists such as Frank Sinatra and Bob Marley. Around the time he was heavily involved with drugs and would later go to rehab not by choice, but my friends who were also on drugs. After cleaning up while living in a halfway house he tried music again. Not until the Magnetic Zeros did he find what he was after. In an interview two years ago he talked about faith and adventure. “It’s just more fun to believe in the possibility of anything being possible.”

Flash forward to 2013 and the opening track “Better Days” sounds uplifting like a sign the band is here for the long haul no matter what. “Down with history, up with your head/for sweet tomorrow, she never fell from grace/we might still know sorrow but we got better days”. The next track “Let’s Get High” harks back to the famous 1971 Coca-Cola ad which featured the jingle “I’d Like to Teach the World to Sing (in Perfect Harmony).” It’s message about peace and love around the world perfectly illustrates what the band is about. It also feels like you’re at a Jesus convention.

The following tracks “Two” and “Joy” follow in the theme of campfire songs about love. A standout track called “Country Calling” is about the urge to leave LA for more space. “Think I’m tasting clean air/pouring through the window/heading to the country, gonna raise a family there. The

middle of the album pretty much all sounds the same, but with slightly different themes than the beginning. However, the last two tracks end on a high note with “Remember to Remember” showcasing Jade Castrinos’s voice in her best solo to date. Last is “This Life” which sums up the album smoothly with everyone joining in.

Overall, this band is shockingly underrated. The album got mixed reviews by critics, as did their previous two. I can count on my left hand how many albums I enjoyed every song it contained, and this is one of them.