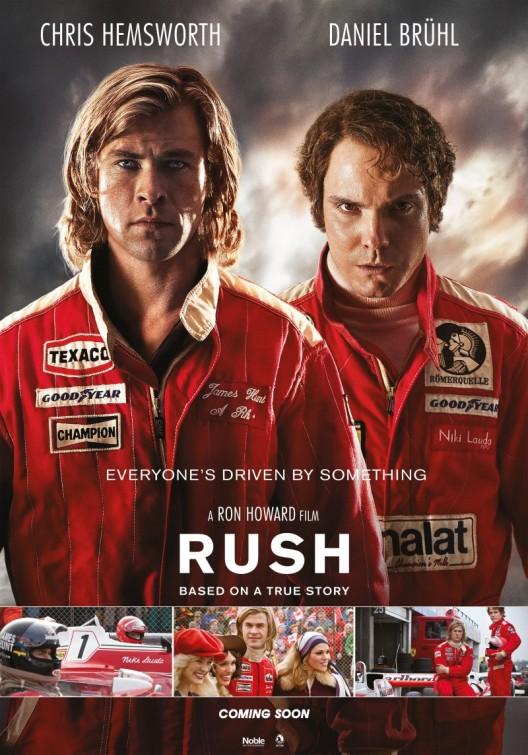 Hemsworth (“Thor,” “Cabin in the Woods”) plays the free-wheeling James Hunt, a British formula-one race car driver who throws caution to the wind and lives life in the fast lane.

Hemsworth’s portrayal of Hunt as an impulsive and showboating playboy proves that the Australian-born actor has some range beyond a typical Hollywood hunk. He gives a promising performance as the race car legend.

Ron Howard, director of “Apollo 13” and “A Beautiful Mind,” effectively uses his imaginative style to parallel energized racing sequences with the rivalry between Hunt and Lauda.

The story isn’t really about racing in the literal sense, rather about the competitive nature of two rivaling opponents with clashing personalities.

The film does becomes cliche at points depicting the typical ups and downs signature to just about every biographical film.

When it seems like the main character is going to lose it all, will his life come crashing down all around him or will be pick himself up, brush off, and get back in the race?

I suppose you’ll have to see this one to find.

The actors do a marvelous job, and Howard’s directing does bring a lot to the film, but as a bio-pic, it does contend with some of the usual plot-devices that are found in many films of this kind.

All the same, “Rush” is worth catching at least once on the big screen.