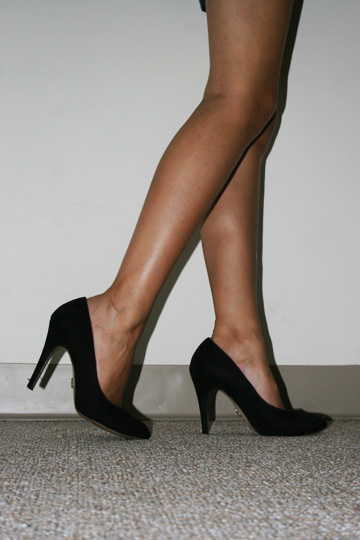 What comes to your mind when you hear the word “runway?” Do you think of fashion trends and designer fabrics, or do you think more along the lines of super models?
A majority of runway models share similar body features such as petite frames, flawless skin and long legs, but recently another similarity seems to be becoming too common: the color of the model’s skin.
Looking at statistics from some of the well-known fashion shows such as New York Fashion Week and London Fashion Week, show how serious the racial problem is becoming.
According to CNN and statistics compiled by blog Jezebel, at New York Fashion week in February, only 6 percent of designs were shown on black models. 82.7 percent of the runway spots were given to white models, while Asian females received 9.1 percent of the spots.
Similarly, in this year’s fashion week located in London, England, only three models did not have white skin.
It is frightening to think that this problem is happening again, considering the fact that the Civil Rights Act was passed in 1964, and it is now 2013. After several decades, why is the racism still an issue that is plaguing fashion today?
Fashion week, along with other similar fashion productions, serves as a purpose for designers to exhibit their work and provide the audience with what clothing  is “in-style” for the fall and spring seasons.
The key word here is clothing.
If the purpose is to exhibit the newest sweater or the recent style of high-heeled shoes, then why does it matter who wears them?
It seems as if both the designers and the producers forgot the famous saying, “treat others the way you want to be treated,” or “walk a mile in their shoes.”
How would they feel if they were not allowed to participate, or were being limited in their participation, due to the color of their skin?
Although they may not admit to this, they would probably feel upset, angry or belittled.
If people of various body types, cultures and skin colors are going to be purchasing the clothes, then they should be allowed to model them.
Some people fail to realize that a large amount of viewer’s self-esteems are lowered when the message is portrayed that white-skinned, long-legged, blemish-free people are  prime models to exhibit pristine outfits.
Imagine how you would feel if you had several years of modeling experience and worked your way up to the professional level, and were told that you did not meet the requirements due to the color of your skin?
Better yet, what if you were interested in purchasing new outfits, but felt you were not the right person to wear them just because of the color of your skin?
Why is this problem still relevant? Are the producers ignorant of the fact that they are given equal opportunity to people of all colors of skin, or are they aware of the fact and choose to discriminate anyway?
Whatever the reason may be, the problem needs to stop. The requirements for models should be based on their expertise and experience- not the color of their skin.
After all, the shows may be more of a success if participants were chosen on ability and not appearance.