Transplants’ reunite for album ‘In a Warzone,’ 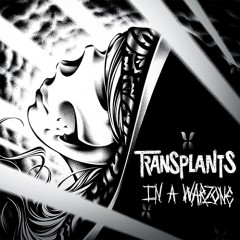 After a nearly 8 year recording break, Tim Armstrong of Rancid, Travis Barker of Blink 182 and Skinhead Rob from… the transplants went back into the studio to produce their third album, “In a Warzone,” and co-headline a tour with Rancid.

While the project was met with great anticipation from the fan base, the first single and title track of the album, “In a Warzone,” left the loyal followers shaking their heads wondering what went wrong.

The single has a forced feeling to it with the ham-fisted attempt to add in a more hardcore element into the atypically punk/hip-hop cross over act. The track does not do the album justice as an opening track setting the hopes for the rest of the album very low.

However, it may have been a blessing in disguise as the second single off the album can arguably called one of their best and true-to-self tracks. The song “Come Around,” was their second ‘leaked’ track that they released through Hellcat Records facebook page and website as a download free of charge.

With the album’s release on June 25, the produce was met with modest success, as proven by the tour’s success selling out most of the tour dates. However this can also be attributed to Rancid co-headlining and cornering their audience with an almost can’t miss tour line-up supported by such acts as Madball, Crown of Thorns and the Adolescents at various dates.

Upon arrival of the complete album there are a few tracks worth a second look and overall the album is forgettable and not the greatest thing within their discography.  As often is the case Skinhead Rob has some almost childish lyrics reminiscent of most Ice Cube albums leaving people with an almost dumbfounded eardrum.

However at this point in the band’s career they can afford a forgettable album, but if this was a debut album, this side project may have gone along the wayside to never be approached again.