Exotic animals senselessly slaughtered due to lack of regulation 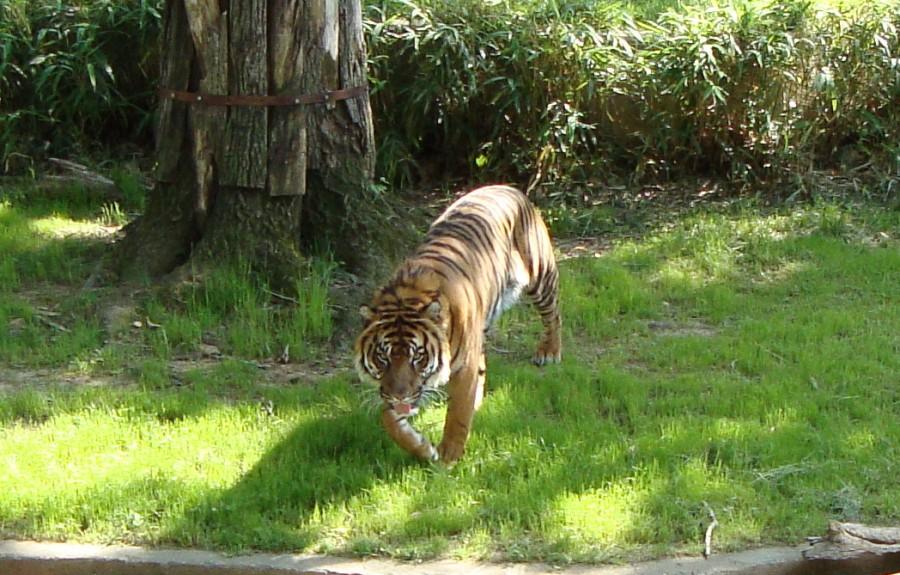 The loss of a life is almost always a tragic thing, but more so when it is the life of an innocent.  Consequently, the recent events of 49 innocent, exotic animals being killed in Ohio on Oct. 18 was a tremendous tragedy.  Among the carcasses were 18 endangered Bengal tigers, which had been among the last 1400 in the world according to The Sydney Morning Herald.

These animals had been set free by their owner, 62-year-old Terry Thompson, who committed suicide shortly after he released the animals according to CNN.

This was not the first time problems had arisen on Thompson’s farm. Authorities had already been summoned to Thompson’s residence in response to a neighbor complaining about horses roaming freely the week before, according to the Associated Press.  Thompson has even been convicted for animal cruelty in the past.

These events should have been taken as warning signs foretelling the horrible finale when Thompson would release the animals into the town to be killed.  However, the knee-jerk reaction to blame the ones who killed them is not the answer.

Through referencing media reports, it seems police acted appropriately.  Attempts were made to tranquilize the animals, including one of the rare tigers, but the animals were becoming agitated and endangering the officers.  Also, an article on CNN brings up the valid point that officers likely lacked the training and equipment for this type of situation.

The lack of resources is one issue that contributed to this disaster, and something that can be resolved to avoid future cases.  Budget deficiencies are understandable, but a location such as this, which held almost 50 wild, aggressive animals, should have been accompanied with the proper preparations for a situation such as this.

On the other hand, there is always the solution of not allowing big cats as pets.  The Sydney Morning Herald reported on the lack of laws concerning wild animals as pets, stating that, “Ohio has some of the weakest US restrictions on exotic pets and among the highest number of injuries and deaths caused by them.”  The uninvolved and careless legislators of Ohio are who people should be pointing fingers at.

Previously, there had been an emergency ban placed on the sale and possession of dangerous exotic animals to people with animal cruelty convictions, which would have applied to Thompson.  Governor John Kasich thoughtlessly allowed this measure to expire.

The government is now scrambling to draft laws to protect other animals from such tragedies.Prevention should include more than restrictions on certain types of animals or particular situations. An outright ban should be placed on private persons owning exotic animals. It is a useless eccentricity that can only lead to problems, even death.

It is unfortunate that those precious and innocent creatures had to die because of the ignorance of others. Not only should the direct actions of Thompson be considered, but the lack of action from the government should also be blamed.

People never want to take action until it’s too late. Otherwise, we might not have the carcases of nearly 50 exotic animals buried in Ohio right now.