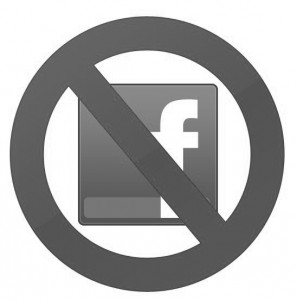 As most people are well aware, Facebook recently released a new update for the design of the entire site.  This is not the first of these updates, nor will it be the last.  Yet every time one is released, the new layout is a trending topic in dorm rooms, classrooms and girls’ bathrooms.  There are two common similarities in each episode of “New Facebook Layout Anxiety.”

The first is that no one ever sees it coming.  The lack of foresight comes primarily from the fact that large numbers of people who use Facebook are not that involved in or concerned with its development.  There are many development forums where users talk about the updates and new features.

The second similarity is that once the update is released, the vast majority of users have a very strong dislike for the new layout or feature.  Multitudes of people are posting about how much they liked the old layout better and how they wish Facebook would bring it back.

I thoroughly enjoy watching this play out after every update because it is clear one of three things is happening:  People are massive hypocrites and lie constantly, people enjoy talking about just about anything and don’t always pay attention to what they say, or Facebook secretly resets everyone’s mind every time they send out a new update.

Though my favorite is the mind rebooting theory, I unfortunately have to admit that the most likely explanation is the lack of attention to conversation.  For example, I have seen my good friend Augustine Xavier Robins update his status in a similar matter after the two most recent updates. Both times he proclaimed his dislike for the new layout, and how much he preferred the old one.  Many other people have shown similar patterns of behavior and this shows that people are, for the most part, indifferent to the actual functional layout of Facebook.

One other possible conclusion is that each subsequent update has been worse than all the previous ones.  That would indefinitely lead to an overall decrease in the number of users.  According to the timeline available on Facebook, the site just recently reach over 750 million users.  This is undeniable proof that the updates are not getting worse.

I personally enjoy the new layout.  It is very streamlined and gives users quick access to the information that is most important to them.  Pictures are larger in the news feed and the real-time feed on the side of the page is very useful.

The Facebook team is a large group of highly intelligent people who seem to have a pretty good grasp on how to run the site.  Most of the drama over the site stems from the users, and if they really wanted to stop the drama, they could.

I understand that people need something to talk about, but at least try to avoid contradicting yourself or posting crazy things on your profile.  Other people notice these things.  Best friends, crushes and possible employers log onto your profile every day.  Try not to fall into this trap and remember that your profile is often one of the first things a person sees when they are getting to know you, and first impressions count for a lot.