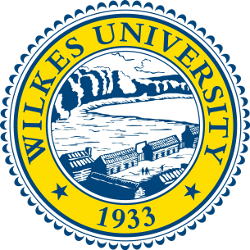 Worth noting is that, out of the nine performers, only one was a Wilkes Student. Adam Bailey, a junior pre-med student majoring in psychology and minoring in neuroscience and chemistry performed two songs on guitar while singing. He was the last one to perform.

“It was a fantastic experience! I was really excited to be apart of such a great cause. I always have a bit if stage fright before I go on and it was really encouraging to have such a welcoming audience. I was really happy to be able to perform another song also,” Adam said.

“I’ve been performing music for five years and I love it,” she said.

Another performer was Lexi Bolinski, a mass communications sophomore at King’s. She performed two of her own written songs on guitar.

“I’ve been playing for almost ten years now. Sometimes I play at local bars or other places like Barnes and Noble that allow for shows. Music and music writing are really my passion, so I do it on the side while earning my degree”.