The Graveyard Shtick: Dealing with loss 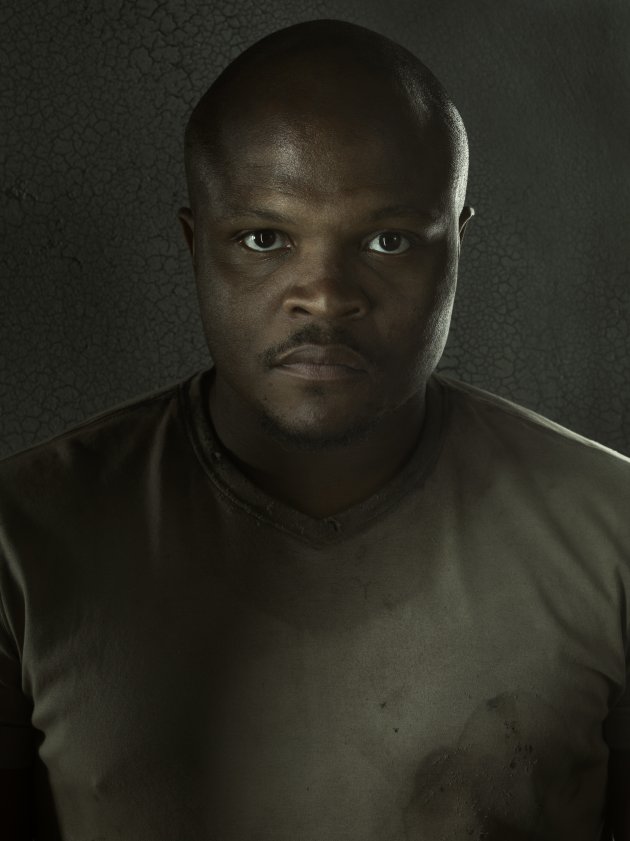 This week on “The Walking Dead” the group was affected by the deaths of two characters and marked a momentous change in the direction the series will be headed. T-Dog also died.

With the deaths of Lori, Andrew and T-Dog, plus the introduction of a gender-yet-to be-determined baby, expect to see a huge change in the priorities of the group, especially the leader and now widower, Rick Grimes.

The baby, who will be a girl named Judith if the TV series mirrors the comic version. However, the show has recently completely been disregarding the comic in all aspects, so I have no clue how the baby’s naming process will be determined, let alone the gender. But there is one thing that will be for certain since the introduction of this screaming poop factory, and that is that the group is now much weaker and worse off.

The last thing the group needs is another person to be accountable for and there are few things as helpless and useless on Earth as a newborn baby. In a zombie apocalypse they are to quote Wilkes University senior Nona Poehler, “veal for walkers.”

But the major thing that “baby Shane,” as Daryl has taken to calling the child, has brought onto the group is the death of Lori, the child’s mother who died during its birth. She needed an immediate C-section and went through the fastest “I think I’m going into labor, the baby needs to come out NOW” process ever known to man. Maggie had to use Carl’s bowie knife to cut along her previous C-section scar to get the baby out as soon as possible. Gah.

The rudimentary procedure resulted in Lori’s death from a combination of blood loss, shock and the fact she had her guts pulled out of her on the floor of a prison generator room. This resulted in one of the best moments of the series, a flashback to when Rick was talking to Carl at the Greene family’s farm about life, death and the way the world has changed.

After the flashback it was clear to the viewers what Carl had to do and that he was no longer the little Carl that was told to get back in the house. Now, he was man and one of the most important parts of the group.

Carl shot his mom in the head so that she would not come back as a walker.

This moment is even more exceptional because if one were to reminisce about when Shane busted open the barn of walkers, one would recall that none of the members of the Greene family were able to put down any of their reanimated relatives. So here’s barely 13-year-old boy insuring the fact that his mother will not come back with a hunger for flesh by preemptively shooting her in the head. Awesome.

The only thing close to this moment in the series is when Andrea has to kill Amy after she is bitten, but even then that’s a completely different dynamic. Amy is her little sister and they may have been close but it’s nothing like the bond between a mother and her child, especially a child that’s barely 13.

As stated before though, this makes Carl a complete adult. There’s no blurring the line anymore; Carl is a full member of this group and may not be fully grown but he is clearly fully matured in making a decision that had to be made and doing something that had to be done for the safety of the group.

However, this will most likely set him on the path to become the cold calculating methodical person that he is in the comics, which is likewise awesome. In earlier articles I mentioned about how the writers really need to bump Carl out of childhood this season and, well, they’ve certainly done that now.

Especially when taking into account the way Rick Grimes reacted when he found out that his wife was now dead. Rick went into a full emotional breakdown after the news, ending the episode screaming and crying in the fetal position while his son stood as a stoic sage next to, almost refusing to acknowledge his grieving father.

This moment was an incredibly powerful moment in the series showing that even though Rick may have not liked his wife, he still loved her. It also seemed to show the regret Rick may have had for treating Lori in the manner he did throughout their recent history. In any case, I expect the next few episodes twill show more of Rick’s emotions about the situation and we can expect many more emotional breakdowns from the leader of the group.

But to go off of the subject of Lori’s death and tackle the issue of the new members of the group, the prisoners Axle and Oscar, when Rick’s group found out the prison was in fact inhabited by some still sentient beings, the former prisoners of the prison, they were incredibly weary of the group as they rightfully should have been. While the group was forcefully ruled by a man with a taste for a bit of the ol’ ultra-violence, Tomas, and his right-hand man, Andrew, the rest of the group was a bunch of somewhat OK guys.

When Tomas killed Big Tiny with some random melee weapon after a walker scratched Big Tiny, Rick suspicions that the group was not to be trusted were confirmed. The idea was even better reinforced when Tomas tried to cause an out-of-control situation when breaching the doors of a walker-infested hallway and subsequently throwing a walker into Grimes.

Once that situation was taken care of, Rick coldly told Tomas that “shit happens,” before embedding his machete into the crown of the bastard’s skull. After Tomas hit the floor, Andrew tried to attack Rick, which failed miserably as Rick kicked him to the floor, disarming him and causing Andrew to run off down the dark hallways of the prison trying to escape. Once Andrew escaped the prison he only then realized he was unarmed and in a prison yard full of undead and that he wasn’t exactly a good thing.

Andrew begged with Rick to let him back in, to which Rick slammed the door and security grate in his face. Grimes assumed that this would be the last they would see of Andrew but, in fact, he was wrong and somehow Andrew survived and decided to take revenge on the group in an attempt to regain his court-appointed home.

The prisoner lured zombies past the gates with a dead deer and left a trail of blood crumbs to incite an undead riot behind the walls of what the group assumed was a cleared prison. Once the riot reached a fever pitch the group could no longer carry on with their activities and at that very moment the alarms of the prison began to ring out.

Rick immediately blamed the surviving two prisoners and demanded that Oscar fix what was happening. When they finally arrived at the back up generator Grimes was attacked by the axe-wielding Andrew and caught off-guard. If it weren’t for the help of Oscar, the group may have experienced even more casualties.

But since the acceptance of Oscar and Axle into the fold, the group also lost T-Dog to a few of the zombie stragglers. T-Dog was bitten while trying to close a gate that Andrew had jarred open and when trying to find safety for himself and Carol. T-Dog went out on his shield and sacrificed himself so Carol could get away. Carol’s whereabouts currently remain a mystery.

With all the death this past week, the next episode will surely be an emotional affair likely to be filled with a funeral or two, and the rash decision of what to do with the ever changing group dynamic.