The Graveyard Shtick: Tying the threads together 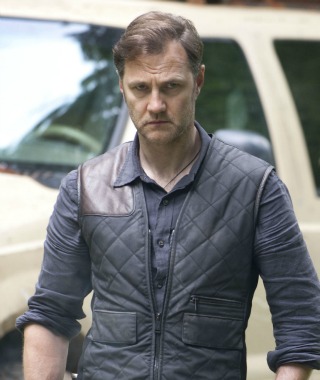 In fact, this whole article is going to be one big spoiler so take your crybaby ass somewhere else.

Last week on “The Walking Dead,” a bunch of loose ends were finally tied up: Merle has been in Woodbury, the helicopter that has long been seen in the sky randomly throughout the series crashed, The Governor and Woodbury have both been introduced and Michonne was finally addressed as Michonne.

The brilliance of all those loose ends being tied up is that they are all tied up for basically the same reason, the helicopter crash. For some unknown reason the helicopter goes through some turbulence and, while I’m no helicopter mechanic, once it started spouting black smoke, I assumed things weren’t going to go for the best.

The helicopter pilot, Welles, then informs his crew that they will be going in “hot,” which is helicopter talk for about to crash into something.

After the helicopter is all but completely destroyed it begins to billow even more black smoke, which draws the attention of Michonne and Andrea to the wreck. Because, really, going towards the billowing black smoke always seems like the best course of action, right?

When they get to the source of the smoke they see the wrecked helicopter and Michonne also sees a dismembered body that is completely bisected by a helicopter blade. But when Michonne sees this person they are as they should be, dead. During this time The Governor and his band of not-so-merry men arrive and Michonne hides, as her first instinct is to trust no one.

Upon arrival The Governor’s men send the roaming zombies that were attracted by the noise back to their graves for a second time through unnecessarily violent means, which leads Michonne to further her initial distrust for the group. Especially when The Governor decides to stab the dismembered soldier in the crown of his skull when he reanimates, which would be a logical thing to do, if he didn’t look like such a goddamn psychopath while he did it.

This also doesn’t help his case with Michonne because she is unaware that everyone just reanimates if they die, so what she saw was a man she doesn’t trust stab a dead man in the head.

While all that is going down, Merle Dixon, who is now sporting a prosthetic bayonet arm, makes his way behind Andrea and Michonne and ready to take them hostage. When he makes his presence known, it’s too late and they have no choice but to go quietly to Woodbury.

After their blindfolded ride back to Woodbury, where Michonne’s name is first mentioned by Andrea, the pair receives medical attention from Dr. Alice Stevens, an apparent composite character of the comic book Nurse Alice and Dr. Stevens. Then, Merle does some catching up with Andrea in his own type of way, but mostly just wants answers about his brother. All throughout this time, Michonne barely says a word.

After that session of Woodbury’s own unique brand of hospitality we see that The Governor has taken the fallen helicopter’s pilot into his care as well, and he doesn’t appear to be doing so well. But The Governor being the nice guy he is, says if Welles tells him where his group is located he will bring them back to Woodbury.

The pilot obliges and little does he know he just sold his group down the river. When The Governor arrives he is waving a white flag and says that he found their helicopter pilot and everyone is excited. When the leader turns to inform the group, The Governor pulls out his pistol and shoots him.

Once this happens all of The Governor’s men begin opening fire on the National Guard, who apparently were never taught jack-shit in the way of tactics because their reaction is to look around with their guns pointed at the ground and not fire a single shot as the group is wiped out.

The Governor’s group returns to Woodbury with at least three new military vehicles and a bunch of new heavy artillery. Being such a good politician, he sees this as an opportunity to show the people of his town why the walls are so important, because without the walls they could have “fallen to a walker attack,” just like the National Guard did.

Then in the final scene of the episode it shows The Governor in his true depravity enjoying a nice scotch or whiskey in his leather chair, staring at a wall of fish tanks filled with human heads. At the top of the wall, we see Welles’ severed head bobbing in the tank.

So while many loose ends were tied up last week there are still a few that remain, mainly what is The Governor’s real name? And if it is actually “Phillip,” is he actually Phillip Blake or is he like his comic counterpart and just adopting the name of his fallen brother and actually just Brian Blake? Or is he just a previous member of Woodbury who decided to wall up his former town? Also where is his family? Will we see his infected niece, or in this case, daughter, like in the comic book?

One thing that was confirmed this week by showrunner Glen Mazarra was that we will see the Woodbury gladiator fights, but we aren’t aware of who will be in them.