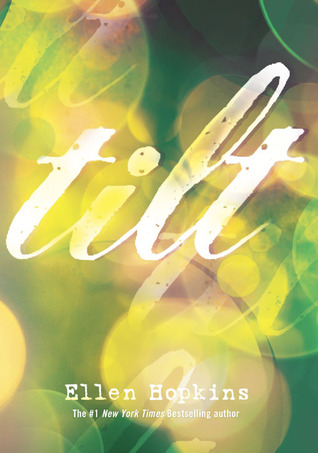 Readers used to Ellen Hopkins’s writing style and dynamic, relatable characters will not be disappointed with her newest title, “Tilt.” Written in her trademark poetry-styled writing, “Tilt” leads readers down the paths of three characters, Mikayla, Shane and Harley. Some reader may already be familiar with these characters, as they are the children of the three women featured in Hopkins’ first adult novel “Triangles,” released last year.

Mikayla is dealing with her first love and living under the thumb of her controlling father. While her mother is more sympathetic, Mikayla suspects more is going on with her mother than she sees on the surface. Throughout the novel, Mikayla has to make very adult decisions at a young age, thrusting her into a role that she does not yet fit into.

Shane has come out of the closet as a young, gay male. He has to deal with bullies, his first homosexual romance and the devastation of a loved one contracting AIDS, as well as the stigma that goes along with the disease.

Finally, there’s Harley, who is just coming into her teenage years and is starting to see what her life lacks in comparison to some of the other kids in the area. Her absentee father and his new girlfriend bring a boy into her life that she knows it is wrong to love.

These tangled character webs all intertwine, but their separate story lines are what really make the novel worth reading. None of the characters come across as trivial, as the issues that they deal with are not only common and relatable but also major life events that anyone would take seriously.

Hopkins once again does not disappoint as she fills hundreds of pages with just a little poetry, making the novel both a fast read and a hard-hitting one.