The Graveyard Shtick: A grave approach to… Andrea 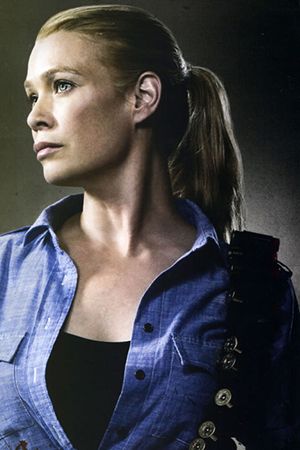 If you, dear reader, don’t get the routine by now, you’re a lost cause and probably not even paying attention. But if this is your first time reading, this article will be comparing the comic-book version of Andrea to the AMC TV series version, on the grounds of: basic appearance, personality traits and impactful events.

The basic appearance is dead on. Laurie Holden, the wardrobe department and casting department nailed this. I think Andrea even surpassed Rick in how dead-on she is. This is even more amazing when it comes to the next point.

TV Andrea is actually 10 years older than her comic book counterpart. While this makes the Andrea-Amy relationship somewhat different, it makes her dynamic with the rest of the cast of characters work better, what with her arguments with Lori. It also makes her fondness for Dale far less creepy (we’ll get to this later.)

With Andrea being older on the TV show, it seems to makes her personality traits practically the opposite of what Comic Andrea is, which kind of makes no sense whatsoever.

The thing that makes Comic Andrea and Comic Dale’s relationship even stranger is the fact that, in the TV series, their relationship never even came close to the awkwardness of the comic book. This is probably because of the brief fling Andrea had with Shane Walsh and the fact that it felt somewhat more generally acceptable. This might have the hardcore comic fans shaking their fists saying that they are being censored or dulled down, but in all reality it’s the much more plausible outcome.

But one of the major gripes most fans are having with the TV series is the whole “Andrea being terribly emotionally unstable and depressed” arc. Which is a complete reversal of her characterization in the comic series, where she is a point of almost unwavering stability in the group and tries to console Allen (a character that will probably not be in the TV series at all) after the death of his wife.

Hopefully Andrea will become an anchor of reason and also the ridiculous sharpshooter she is in the comics this season, especially since she will never have to venture into the delicate area of adoptive motherhood. The Andrea-Michonne set-up is also something fans should be drooling over for Season 3, because this is an arc that doesn’t happen in the comic and has incredible potential for Andrea to put on her badass pants quickly.