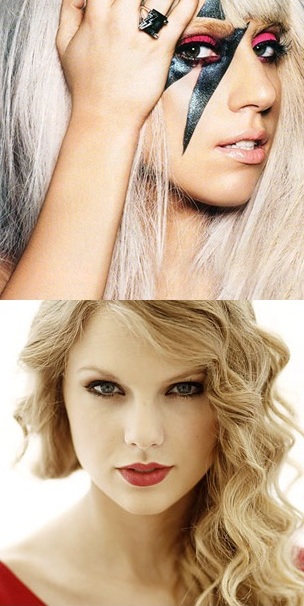 In Favor of Lady Gaga (by Sarah Mitrotz)

A lively Bach fugue plays in the opening scene of Lady Gaga’s “Bad Romance” as the singer is shown sitting in a throne clad in a golden Alexander McQueen frock with sunglasses made of razorblades. Shirtless models and dancers stand motionless surrounding her as if posing for some 18th century royal court painting.

Suddenly, the sound of the harpsichord stops. The screen goes black, then cuts to a white room where rays from the rising sun illuminate a row of coffins. The song begins to play As strange female figures clad in light-blue latex emerge from the coffins and stumble onto the dance floor.

This stunning sequence still replays in the eyeballs of the over a billion viewers who watched the record-breaking video, a video that symbolized Lady Gaga’s rebirth into “Mother Monster” and the revival of pop music into an art nouveau fit for the 21st century.

In a TMZ generation, no one understands the power of the image quite like Lady Gaga. Her outrageous outfits, videos and performances prove more than just bids for attention. Rather, they’re statements on a society obsessed with beauty and fame. From her infamous “meat dress” (aren’t all performers just pieces of meat packaged and sold to a carnivorous public?) to her coat made of “Kermit the Frog” heads (a whimsical comment on the apathy of the fur industry), Gaga continues to express the song even when the music has stopped, turning her fantastical messages into performance-art that dares the audience to think.

Every corner of the music industry radiates with Gaga’s dazzling influence. The European dance sound that Gaga first brought stateside has now become standard for any prospective Top 20. On the red carpet, music ingénues like Rihanna, Nicki Minaj, Katy Perry and even Taylor Swift try to one-up the Lady by donning their own shockingly abnormal couture get-ups.

However, the vital difference between these copycats and Gaga herself is her talent as an original entertainer. The total package of musicianship, vocal strength and unadulterated creativity places her on another level, far above those other female performers.

Take Miss Taylor Swift, for example. While mediocre stage shows and plucky boy-meets-girl lyrics have won over the adolescent set, she lacks the musical versatility needed for a long-term career. If artists like Jewel and Michelle Branch taught the world anything, it’s that fem-power acoustic singers who come out at least once every decade tend to fade away faster than an old pair of Abercrombie & Fitch jeans.

Unlike Swift, Gaga possesses the rare ability to reinvent herself to fit the fickle cultural trends each future generation of listeners will present. Mostly because it will be Gaga, with her unmatched artistic talent and foresight, who will continue to set these trends for other forgettable teenage-nymphs-with-guitar acts to follow.

In Favor of Taylor Swift (by Bill Thomas)

If somebody want to wear a diamond-encrusted lobster on their head, that’s fine. Just don’t piss on my leg and tell me it’s raining. In other words, don’t try to convince me they’re doing it for any other reason than to look “weird” and “edgy,” as though there were some deep commentary motivating such snicker-inducingly garish get-ups. I’ve seen what it looks like when someone marries over-the-top imagery with thematic purpose, and it doesn’t look like Lady Gaga.

David Bowie called. He wants his shtick back. He did say thanks, however, for not bothering to steal his good music and powerful messages as well.

Admittedly, there’s something to be said for turning oneself into a walking pop-art cartoon, something truly larger than life. But to what end? Gaga is all pop, no art. She boasts her forebears’ gauche ornamentation but lacks their sense of meaning. When Bowie mournfully crooned “I think about a world to come / Where the books are found by the golden ones / Written in pain, written in awe / By a puzzled man who questioned / What we were here for,” on the song “Oh! You Pretty Things,” he was pondering existential questions of human identity and societal legacy.

What is Gaga trying to tell us when she croaks in a slickly, sickly synthetic AutoTune monotone “I wanna take a ride on your disco-stick”?

On the opposite end of the pop-music spectrum is Taylor Swift, looking a lot like a human being and baring her soul for all the world. She may not be the most dazzlingly creative personality in popular music today, but her bare-bones, down-to-Earth unpretentiousness and quasi-confessional sincerity is refreshing compared to the hyper-manufactured, plastic-fantastic put-on personas of Gaga and her ilk. Gaga, Ke$ha, Nicki Minaj: They’re all fun at first, but the shrill, ceaseless cries of “look at me, look at me” soon transform amusement into annoyance.

What Swift does is timeless. No-frills singer-songwriters armed with acoustic guitars and real-world lyrics have been artistic mainstays since the days of blues and folk. It’d be ludicrous to argue that Swift is the most wildly original voice of our generation, but the fact that her music has struck a chord with such a huge audience indicates that not everyone is so easily amused by shiny objects and bright colors. There’s something to be said for sincerity and simplicity, after all.

Granted, it’s doubtful that Swift’s public persona as a down-home girl-next-door is any less deliberate a construction than Gaga’s. But the fact that it’s a fabrication meant to echo authenticity deserves some admiration. An A for effort, if you will.

Sure, if you’re having a party, the person you want to hang out with is Lady Gaga. She’s dumb-fun made flesh, all brash, sexy stupidity dressed up in glitter and neon. Probably kinky in the sack, too. But what about after the party is over and you’re all sobered up, cleaning up the warzone that is your living room, trying to make conversation with whoever’s still awake? Who do you want around then?

My money’s on Swift. When all is said and done and it’s time to get serious, Swift is someone you could talk to about the things that really matter: life, love, memories of home, dreams of the future, etc. Gaga, on the other hand, would pester the crap out of you like an irritating art-school student constantly trying to get you to look at her crappy creations.

Taylor Swift may not blow your mind, but she won’t overstay her welcome, either.