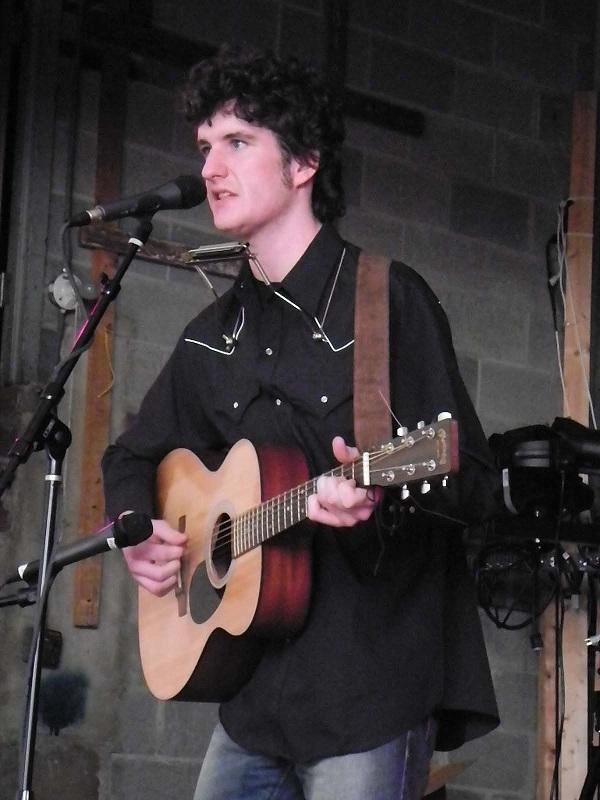 The singer-songwriter from Scranton talks about his recently released record “Running Time” and reveals the easy-going philosophy that shapes his music.

Though Scranton-based musician Drew Kelly released his second album, “Running Time,” just this past April, you’d never know it from talking to him. In conversation, he doesn’t come across as nervous or giddy. Instead, there’s a casual confidence in his demeanor and a low-key, laidback attitude that suggests this isn’t a man who views music as a path to fame or fortune.

For Kelly, it’s all about doing what he loves.

“I’m just writing songs and trying to get them heard,” Kelly explained.

Though Kelly said he does everything he can to get his music out there for people to hear, he ultimately doesn’t care too much what others think of it. If they don’t like it, that’s okay. If they do, even better.

This “live and let live” philosophy informs not only Kelly’s “take it or leave it” approach to commercial success, but also his song-craft as well. The tracks on “Running Time” aren’t necessarily ones he feels have the greatest potential to “click” with audiences. They are not, he said, designed to be marketable. They are simply the ones he feels are “ready.”

Not much more thought that that goes into it for Kelly.

“I just write them and sing them,” he said. “The more you play them, I guess you just feel when you could put them on an album. Some of them I could be playing for over a year, some of them for a couple months.”

His easygoing nature extends to genre trappings as well. In other words, he ignores them.

“I listen to as much music as I can. That all comes out somewhere or another. Some of the songs probably have more folk in them. Some of them have more blues. Some of them, maybe country,” he remarked.

“The more you hang around other things, the more you pick up on them. If you’ve been around Chicago, you might write some blues songs. If you go down to Nashville, you’re going to write some country songs. It’s just whatever’s in your head.”

Don’t be fooled by the roll-with-the-punches worldview, though. Kelly is not without ambition. “Running Time” may have come out just a few short weeks ago, butKelly is already making plans for a third album. He hopes to start recording in June.

“My goal would be to get it out by the end of the year. But, maybe not. We’ll see what happens.”

Easygoing to the very end.