I can has Wilkes Memes? Students join the Internet trend with campus jokes 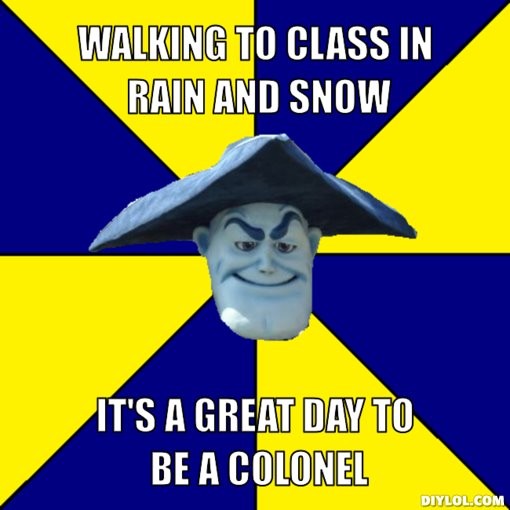 Those are just a few of the Internet memes that have gone viral on websites like Memebase, Reddit and 9gag. The trend has even sparked an online database, KnowYourMeme, to document these Internet sensations and explain the humor behind them.

And now, memes have spread to Wilkes. With the Facebook page Wilkes Memes, Wilkes students are putting their spin on Internet humor.

Garrett Schrader, a junior history major, first noticed the Wilkes Memes page a few months ago, but followed memes in high school on web pages like the LOL Cat inspired blog, I Can Has Cheezburger?

Through Internet memes are often known as images, they can also be catchphrases or videos spread across the online community.

Schrader defined memes as inside jokes that everyone is in on. While he said people enjoy the humor behind them, the true purpose of a meme is to describe things that happen in culture.

“People can relate to them real well, that’s the definition of a meme,” Schrader said. “What a meme really is is it brings people together.”

People relate to meme situations, Schrader said, because they’ve been in those situations before or know someone who has. The more you can relate, the funnier they are, he said.

“What people like about it is it relates to them in a funny way,” Schrader said.

Wilkes students may notice some familiar themes on the Wilkes Memes Facebook, like the new science building and the MyWilkes portal. Schrader said he has seen meme pages for other schools, but now Wilkes students can be in on the joke.

“It’s funnier here because we’re a part of it,” he said.

Schrader said memes have become more popular recently as more people get access to them and they continue to spread. He said one reason memes are becoming more mainstream is that same  relatability that defines the trend.

“A lot of people share that same perspective, I think that’s why they’ve grown in popularity,” Schrader said.

Darrell Dech, an undeclared freshman, agrees that memes have caught on and they refuse to let go.

“I believe memes have become very popular in the last few months,” Dech said. “Two to three months ago, practically nobody knew what a meme was. Now, you ask anyone and most people will be able to tell you one.”

Dech is another student who relates to Wilkes Memes. Some of his favorites include a Futurama character mocking the Wilkes mascot pronunciation and the Lord of the Rings character Boromir parodying online class registration. 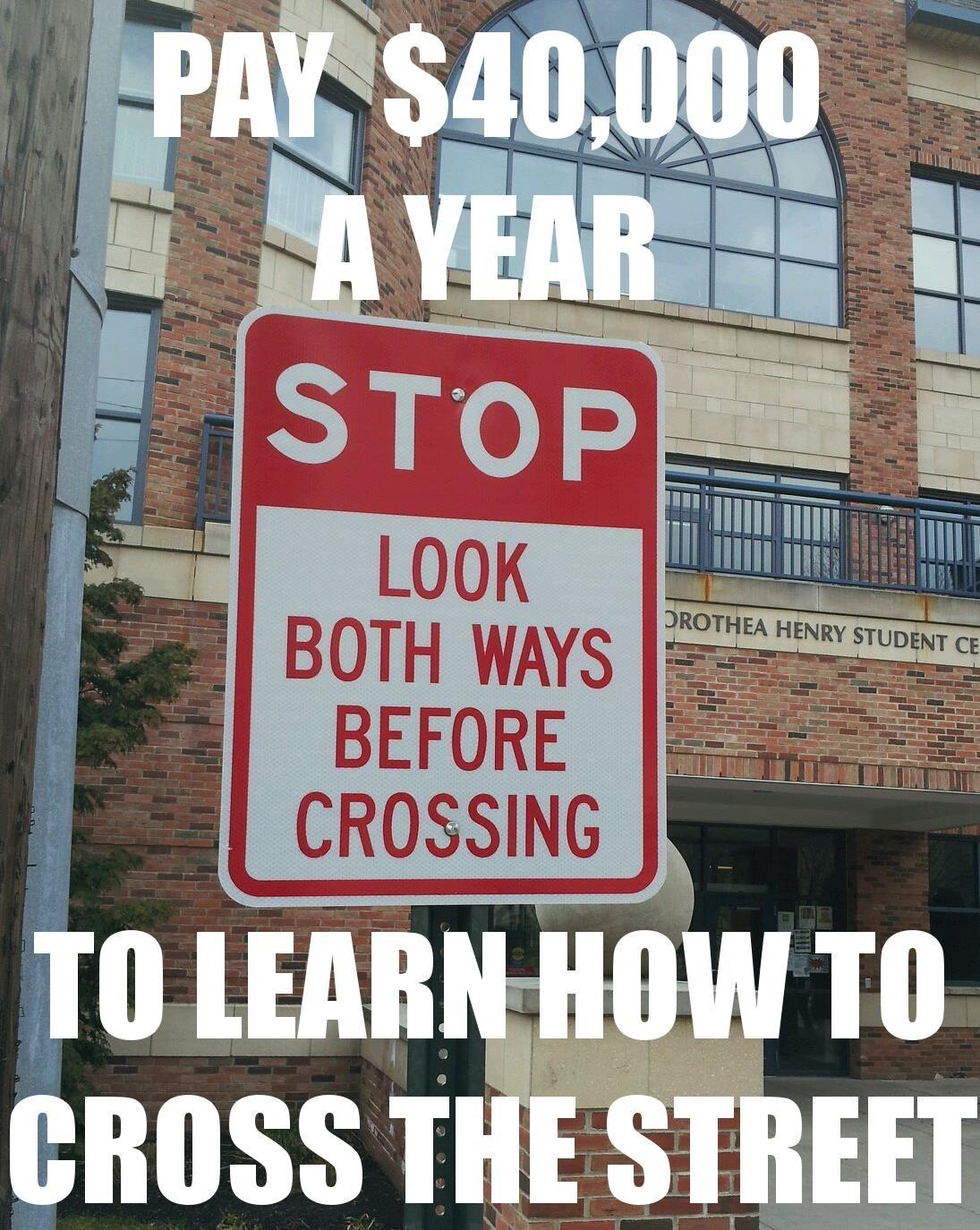 “My favorite Wilkes Memes is probably the ‘Not sure if it’s pronounced kernel or colonial’ with Fry from Futurama,” Dech said. “My other favorite is the “One does not simply log into the portal to register for classes.’”

Dech first found out about memes from the website Iwastesomuchtime.com after friends linked to them on Facebook. He decided to try making his own memes using quickmemes.com.

“Memes are very simple to make,” Dech said. “You just need to pick a topic and think of some creative, funny line about that subject.”

Schrader also occasionally makes his own memes, such as for the Ultimate Frisbee team. He said he hopes the trend of memes continues, especially the trend of Wilkes memes. He’s always checking for updates to the Wilkes Memes pages, since he said those are especially entertaining.

Here’s some of the meme images that make the ‘popular entries’ thread on Knowyourmeme.com:

LOLcats – One of the more classic memes, LOLcats can be traced back to 20th century photographer Harry Whittier Frees, who would add funny captions onto cat photos. Nowadays, the funny cat pictures are often captioned with the broken English text ‘lolspeak’.

Rage comics – Forever Alone, “Me Gusta” Guy and Y U NO Guy are a few of the many characters in the rage comic cast. The characters are all simple, stick-figure drawings made in Microsoft paint, and usually come with their own punch lines relating to real life. 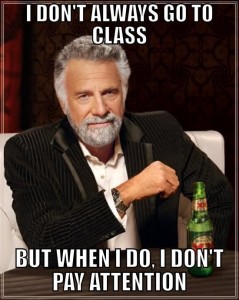 I took an arrow to the knee – An example of a pop culture influenced meme, this catchphrase is from the video game “The Elder Scrolls: Skyrim.” The original phrase was, “I used to be an adventurer like you, then I took an arrow in the knee.” The phrase went viral, allowing anyone to replace ‘adventurer’ with their own term.

Yo Dawg – This celeb-o-meme features Pimp My Ride host Xzibit, who is known for putting random things like fireplaces into cars. The purposefully misspelled format is, “Yo dawg, I herd you like X, so I put an X in your Y so you can verb while you verb.” This meme is often closely tied to the movie “Inception,” because of the whole dream within a dream concept.