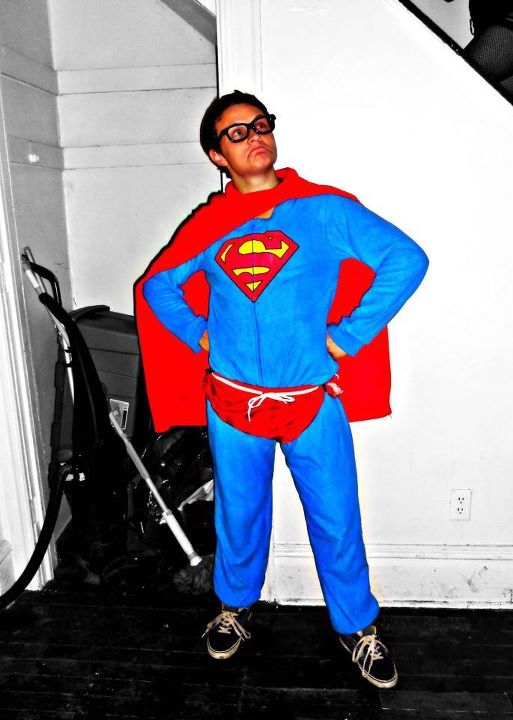 Now in his third year as a communication studies major at Wilkes University, Matt Gaines has developed a reputation for being an outgoing extrovert. All the same, he admits that the prospect of getting up in front of a crowd of his peers to perform his stand-up comedy routine, as he did for the first time at the Multicultural Student Coalition Talent Show in fall 2011, is still an intimidating experience.

“I was nervous as hell. Holy smokes,” Gaines said, eyes wide. “Getting up there and seeing everybody out there, at the same time that it was incredibly nerve-wracking there was also just such a wave of relief when everybody actually started laughing and enjoying my jokes.”

It’s an experience Gaines will revisit on Thursday, March 22, when he performs as part of Comedy Night, an event organized by Wilkes’ Student Programming Board. Though it will only be Gaines’ second stand-up outing, it’s something that he’d been itching to try out long before his debut last semester.

“I think the first time I ever heard was in seventh or eighth grade: ‘You should be a stand-up comedian,’’ Gaines said. “After you hear it about 20 or 30 times you figure, ‘Well, why not give it a shot?’”

What started as mere experimentation has since given way to a full-blown passion. Gaines remarked that he could easily see himself pursuing stand-up as a profession, and is looking forward to trying his hand at open mic nights throughout the area. For now, though, Gaines is focused simply on making sure the students who come to Comedy Night leave laughing.

“I’m actually a little more nervous this time. I have to up my ante. People kind of know what to expect from me, so I have to deliver,” he said. “I’m putting together a bunch of new material. It can be hard to find inspiration, but, really, most of my act is just stuff that’s happened to me. It’s just me going up there and making fun of myself.”

Comedy Night will be held in the Henry Student Center lounge at 7 p.m., on Thursday, March 22. Admission is free. Fellow student Justin Franiak and Philadelphia-based professional comedian Ian Fidance will also perform. For more information, or to read the full list of events the Student Programming Board has in store for this semester, visit the Facebook page here. Follow Matt Gaines on Twitter here.