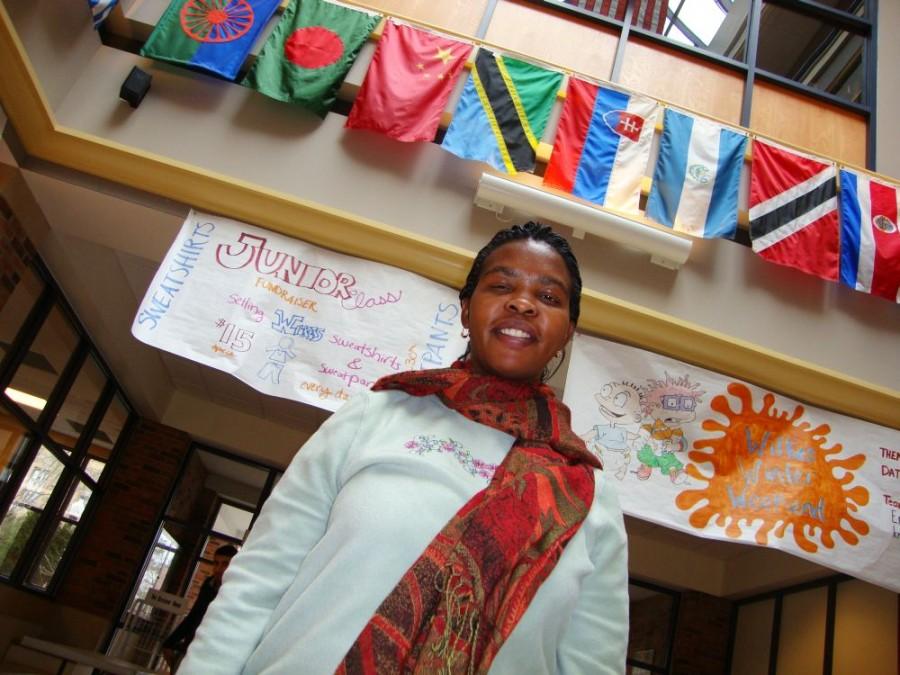 Students in the new Swahili class are learning about the Swahili language, the culture in Tanzania and pumpkins. Yes, pumpkins.

The professor, Rael Sospateri, is a visiting scholar from Tanzania, a country in East Africa. Christine Shaneberger, who is taking the Swahili course, explained how the students are learning about much more than the language from Sospateri’s cultural background.

“I think what’s great about it is, I’m not just learning the language but getting to interact with someone who’s from Tanzania and she can kind of immerse us in her language and her culture and her history,” Shaneberger, a political science and international studies junior, said.

Pumpkins are just one of the random cultural comparisons that have come up. Sospateri said she was amazed when students told her about using pumpkins to make American delicacies like cakes, since they are not typically consumed in Tanzania.

“Eating pumpkins means you have nothing else to eat, you are poor and you have no options other than that,” Sospateri said.

Even though the class joked about these conflicting views, Shaneberger said it make her serious think about the social differences in the two cultures.

The five students in the class have been learning Swahili words and expression along with the cultural aspects. Sospateri said students have learned the basics of greetings and things like asking the news, but will learn more words and the process of building sentences by the end of the semester.

Since it is more difficult to learn new languages when you’re older, Sospateri has been astonished at how well the students have picked it up, since they generally don’t get the chance to speak it outside of class.

“I was so surprised that Christine and other students were able to speak Swahili so quick, so I think that they might be geniuses,” Sospateri laughed.

Shaneberger said the most difficult part is how different Swahili is.

“The basis of the language is completely difference from English,” Shaneberger said. “Rael’s made it easy for us, she’s a great teacher.”

Along with being a teacher, Rael is also a student at Wilkes. She is taking a few education classes as well as participating with the women’s studies and English as a second language programs on campus.

Sospateri hopes to learn from how Americans learn, and how it is different from how Tanzanians learn. One major thing that has stood out already has been the usage of technology, which Sospateri has jumped headfirst into through an online education course. She said it is much different from the secondary school she teaches at in Karagwe, Tanzania, where there are three working computers and maybe one that has Internet access.

While Sospateri has benefited from learning about American culture, she hopes the Wilkes campus benefits the same way from her culture and open global doors.

She said there are other benefits to learning Swahili too, since it can be used to work with people internationally not just in Tanzania, but in Kenya, Uganda and other countries.

“I think Swahili is a language that is growing so fast,” Sospateri said. “It’s an important language to learn.”

Linda Winkler, College of Arts, Humanities and Social Sciences dean, was involved with bringing Sospateri to campus and reinforced the need to learn about new cultures.

Meeting Sospateri has opened a new opportunity for Shaneberger, as it has inspired her to travel to Tanzania this summer. She said the class has been a once in a lifetime chance for her.

“It’s been an incredible experience,” Shaneberger said. “It’s something I wouldn’t have an opportunity to learn otherwise, probably.”