Dr. Mark Johnson is one of multiple professors at the university to receive such a letter 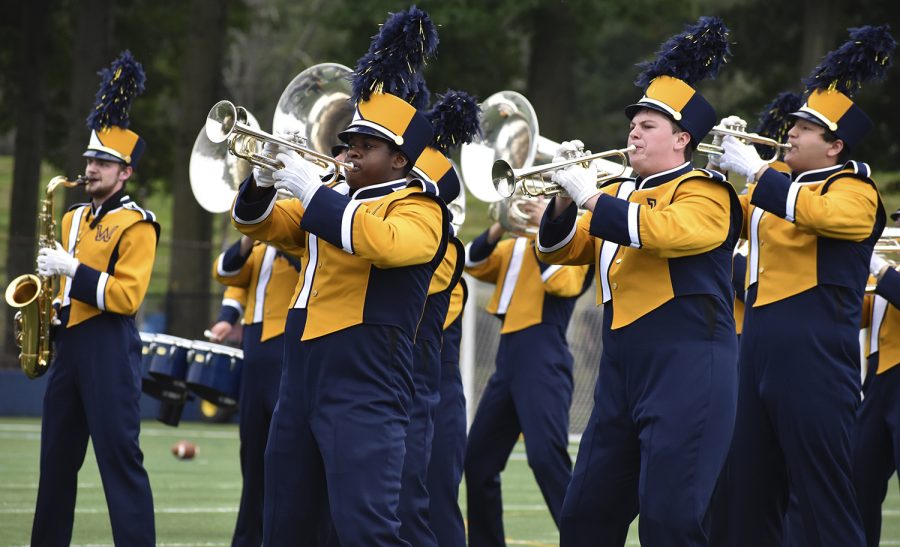 Multiple professors at Wilkes University recently received letters of non-reappointment from the university.

Dr. Mark Johnson, current director of bands, confirmed he was one of the professors to receive a letter indicating he would not be employed after the 2020-2021 school year due to the university’s financial situation.

Letters were sent the week of May 11. Johnson provided a number of professors receiving the letter, but that number could not be immediately confirmed.

“Notifications began (last) week as some nontenured faculty members received information that the upcoming academic year at Wilkes will be their last,” said Gabrielle D’Amico, executive director of communications and graduate marketing. “This was done in compliance with the University’s faculty handbook and in hopes that this notification allows them to pursue other opportunities.”

Johnson’s non-reappointment prompted community discussion regarding the future of the band. Students, alumni and Wilkes-Barre community members created a petition and a Facebook group called Save the Wilkes Music Program, with the goal of saving the university’s band.

As of May 17, the petition and Facebook group had around 1,300 signatures and 430 members, respectively. The Facebook group was created by “several long time community members”. The creators of the private group, who asked not to be named, stated, “each of us that discussed this have been involved for more than 10 years.”

The group has encouraged those against the band’s potential removal to email administrators to show the importance the music program has served over the years.

“At this point, no decisions have been made about the future of the Marching Colonels after the 2020-21 academic year,” D’Amico said. “Like higher education institutions across the country, Wilkes University is facing unprecedented challenges. We anticipated the national demographic changes that will impact enrollment at Wilkes and colleges and universities like ours.

“We could not predict the … challenges as a result of the COVID-19 pandemic.”

University officials explained they are exploring options when it comes to financial savings. In a May 4 letter to faculty and staff, Interim President Paul Adams addressed the financial situation and announced the university is suspending all capital projects until further notice, freezing all nonessential hiring, pausing salary increases for FY21 and exploring all necessary personnel options, including permanent reductions to the campus workforce.

Adams also referenced in his letter a progressive salary reduction that is planned to most adversely impact those at the highest salary range, including cabinet members and senior leadership.

Jason Percival Jr., a senior computer science major and a member of both the civic and marching band, spoke about his feelings toward the program.

“I have been in both the civic and marching band since I started at Wilkes and absolutely love it. It has been instrumental to shape the person I am today and my life goals. Without music at Wilkes, I really would not have any aspirations in life,” he said. “I had planned on continuing to play with civic band for as long as I possibly could as a community member and hearing that the marching band which I have been in since the first year might be gone in a years time is like having a sandcastle I spent all day on get kicked down as soon as I was done working on it.”

Students and community members in the group also noted that the band serves as a way to recruit new students. One place where that has occurred is at the Tournament of the Bands, a nine-state judging association that services marching band, jazz band, and other activities in a nine-state region which includes Pennsylvania, New Jersey and Mid-Atlantic states.

“Wilkes University has become a partner with us in that we helped them with outreach and promotion when they stated the marching band,” said Bill Morrison, marketing director for the tournament. “Since they started the marching band they have come to our championship event where we have a couple of hundred bands over two weekends. Wilkes comes down and they do an exhibition which gets the marching band and the university in front of a large crowd and a lot of potential students.”

The exhibition bands are allowed to set up booths and provide high school students with information about both the band and the university as a whole. Morrison confirmed that Wilkes students also assisted the staff of the events.

“They were just the most wonderful ambassadors for Wilkes University that I could ever imagine,” he continued. “As a retired instructor, I know how important it is that your kids are exemplary, so when parents look to them and go ‘wow if Wilkes University has helped shaped these kids to be this terrific I want my kids to go there.’ So when I hear that the marching band may be on the chopping block I think what a loss that is if you are trying to recruit students because it is such a vital link between the community and the school.”

Wilkes University’s five core values are mentorship, scholarship, diversity, innovation and community. The administration addressed how programs like the band relate to the university’s values and the role they play in students’ experiences on campus.

“Wilkes has always believed that our student learning outcomes are achieved, not just in the classroom, but also through our co-curricular and extra-curricular activities and programs. For the students participating in band, and those of us who enjoy their contributions, the experience certainly adds value to Wilkes. We are, unfortunately, in a position to have to determine ways that we can provide experiences such as these at a lesser cost,” D’Amico said.

As the university continues to address concerns, alumni of Wilkes still worry about the outcome in the long term.

Alumnus Jennifer Adam, who graduated in 1998 with an undergrad in music education, voice emphasis and performed on violin, went on to be a collegiate teacher for the past 10 years and is the program coordinator for music at Martin Methodist College in Tennessee.

“Those of us who were at the college 22 years ago saw them get rid of the choir director, replace the choir director with someone different who was only there maybe two years and then replace the band director,” she said. “A short time later the music major was gone. That being said I am realistic; budgeting for a university or college is not my job, and I am glad it is not my job, and I understand where belt-tightening needs to happen.

“Wilkes needs to figure out who they are there for. If you are there for the students and the community, making cuts to a program like music where you have a band with connections to people outside the college might be, on paper, a good monetary decision but it is not going to create a good community feeling.”

The community members who have joined the Facebook group and signed the petition have continued to express support of the music programs at Wilkes, as the university has continued to state that the current position the university is in is one of unprecedented challenges.

”Difficult news and painful decisions lie ahead,” Adams said in his May 4 email. “It is clear that the Wilkes we left on March 13 will not be the same Wilkes we return to when it is safe to reopen our campus. But, we will recover. And, we will do so with the Colonel spirit that we embody each and every day, before and during this pandemic.”