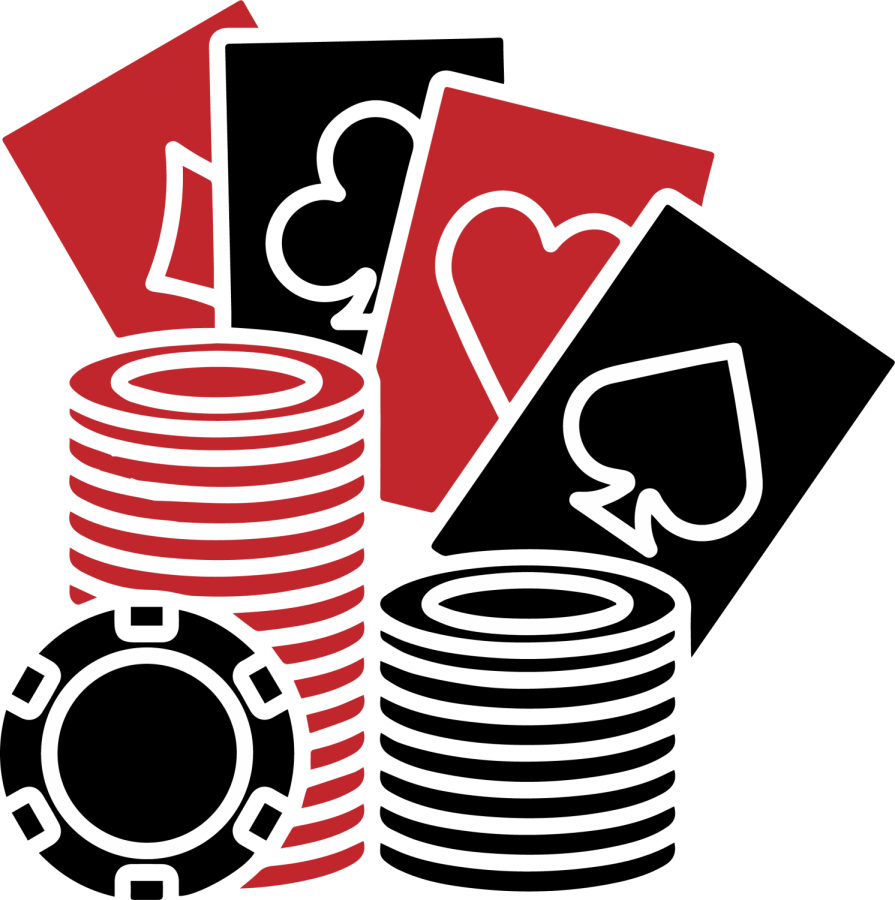 Wilkes University’s Student Government held its semi-annual Casino Week from February 17 to 21. The event, which is held every semester, gives students the opportunity to gamble for many valuable prizes.

This semester’s budget for the event was $10,800, which was used to provide more expensive prizes.

Monday, Feb. 17, was occupied with Tie-Dye Night, which took place in the Henry Student Center Lounge. Here, over 70 students attended and created their own tie-dye shirts.

First-year student Sennie Viramontes, who attended Tye-Dye Night on Monday, expressed her satisfaction at the activity.

“There was a really good vibe,” Viramontes said about the event. “The music was loud, and they made sure there was space for everyone. Student Government did a really good job.”

Tuesday, Feb. 18, featured the Texas Hold ‘Em Tournament in the SUB ballroom at 6:00 p.m. Students had a chance of winning gift cards by participating in poker-style tournaments.

There were several tables set up where students were able to sit down and play poker, and new players would be able to enter the ballroom and join ongoing games until 7:00 p.m. At this time, no new students would be admitted and each game would be played to its conclusion until two players were left. The top two players from each table would advance to the big table on the ballroom stage.

Eight players in total made it to the big table, each playing for numerous gift card prizes. The gift cards increased in value the further a particular player advanced. Over 30 students showed up to play Texas Hold ‘Em.

Kevin Long, Executive Treasurer of Student Government and chair of the Casino Night Committee, was in charge of organizing the entire week along with his committee. He expressed satisfaction over the various events.

“Once again, we had a great showing that people enjoyed the tournament,” Long said about Texas Hold ‘Em.

Bingo Night took place at 8 p.m. on Wednesday, February 19, which was also held in the ballroom. Over 150 students showed up to play the classic game of bingo with another opportunity for winning gift cards.

Friday featured the final event, Casino Night, at 7:00 p.m. on February 21. The theme was glow-in-the-dark, with students wearing the tie-dye shirts they crafted on Monday.

As the largest event of the week, Casino Night featured blackjack tables ran by popular faculty and staff members, bingo in the Miller Room, spinning wheels and roulette tables.

“I personally feel this will be a memorable casino night,” Long said, “And I hope the students who attend feel the same way the Casino Night Committee and I feel.”

In addition to many gift cards being rewarded over the course of the week, Student Government gave out many expensive prizes, which were displayed in the Student Development office before the event.

According to Long, the appearance of both the Interim and Incoming President, “provided a great opportunity for students to get to meet and get to know our new university president.”