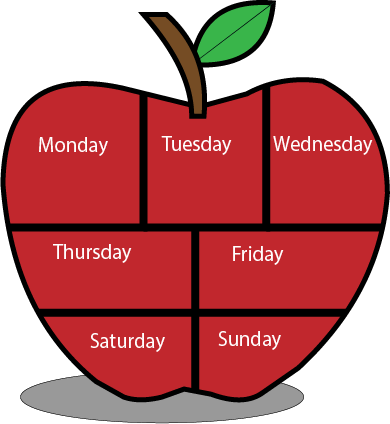 Recently the Office of Diversity Initiatives hosted a lecture series focusing on the impact of food insecurity.

The first lecture, “Flint, Michigan: A Sign from the Future,” focused on the impact that the lack of clean water can have on communities.

Christopher Wade, history teacher and doctoral candidate, spoke to students about Flint, Mich., and the many problems that the city and its communities faced.

“When I was reached out to about this lecture series and was told it was about Flint, I said, ‘well what about Flint?’ Because one of the things about Flint is that there is a whole bunch of ways to take a look at it,” Wade said. “It was a water crisis but there are issues of diversity, of race involved, issues of corporate greed and of penial politics involved.”

He highlighted important facts about Flint for the audience, stating that the city sits near Lake Huron, the largest source of fresh water in the world. Wade spoke about how Flint is statistically the poorest city in the United States and has the highest water bill rate in the nation.

Wade then spoke about the start of the water crisis in Flint. He said governor Rick Snyder and his policies granted Michigan the ability to take over any city classified as distressed. Flint was one of the cities with this classification, meaning that the city’s elected officials were removed and replaced by people who report directly to the governor. This means that the people of Flint lost their voice about what was happening in their city.

Flint lost funding in water purity, which meant that their pipes could not be replaced or made safe from the lead that was in them.

In addition to this, the water source for Flint was switched over from Lake Huron to the unclean Flint River in April 2014, resulting in children getting sick due to the lead in the water.

Just some of the dangers Wade identified that lead causes are: lower IQ levels, impulse disorder, memory issues and a change in the DNA of the grandchildren of women exposed to lead.

Wade stressed that no amount of lead is safe, but that at 3.5 parts per million (ppm) of lead is when the government identifies lead as a problem. However, there is no federal involvement until 15ppm of lead is measured.

It took until October 2015 for the government to switch Flint back to Lake Huron, but due to the lead leaching out of the old pipes into the water, the city still lacked clean drinking water. The damage was done by the switch over to the Flint River and the negative effects of said switch will be seen across generations of families.

Earlier in the lecture, Wade warned that Flint was not an isolated incident.

“In a lot of ways we want to cast Flint as a perfect storm as something that happened in isolation, but I want to suggest that it is really not and that Flint can happen again. In fact, we are almost primed for it to happen again. It is happening in other places,” Wade said.

He identified that lead was prevalent in drinking water in Newark, New Jersey from January to April 2019 in high amounts.

Dimock, Penn., is another city notable for its water problems due to fracking. Wade highlighted how Dimock is only about an hour away from Susquehanna County.

His closing points stressed that he believes that people do not listen to people in poverty or people of color in the United States, especially in areas where there are major problems like water contamination. Due to this, these problems do not get better.

The second lecture, “Hunger 101,” hosted by the Commission of Economic Opportunity (CEO), began with students brainstorming locations in which they or people they knew get their food.

Students first came up with grocery stores, farmers’ markets and gas stations, however, they later added food banks, soup kitchens and food pantries once the main activity of the lecture began.

This activity separated students into groups of three or four and gave each group a scenario. In each scenario, students had to work out a meal plan for an individual or family for a whole month while making sure that each person received 2,000 calories a day.

The groups found that the scenarios were difficult to resolve without losing out on important nutrients from the five food groups: fruits, grains, vegetables, protein and dairy.

One group’s scenario was a singular man living on the streets whose only source of income was money he found. As they read deeper into their scenario the man was jumped and had a portion of the money he found stolen, another portion had to be spent on painkillers to help with the injuries he had suffered from being jumped. By the end of the group’s scenario they had only a few cents to spend on food for the entire month, they identified that the best the man would be able to afford in such a scenario was a can of beans and one-fourth of a banana.

Michael Brown, a senior education major, and his group had a scenario where a mother and her 9-year-old son had to survive on roughly $84 a month, the problem became more complicated when the mother took in her 7-year-old niece as well.

The mother in the scenario worked five days a week and made $10.50 an hour. It was only after paying for transportation to work, a babysitter and other necessities that her monthly income of $1,083 was reduced to $84 to spend every month.

Brown’s group found themselves just barely able to work out a meal plan for the month, but one that came up lacking in the 2,000 calorie goal.

“After completing the activity and realizing this was based on a real-life situation, I was shocked at the extreme situation that they were living in. It was truly a depressing situation for us and the family we were representing,” Brown said.

As Brown mentioned the students were informed after the activity that each scenario was based on a real client that the CEO has worked with.

“These are real-life situations and people try every day to feed their families and they do not know how to come by their next meal. We are located in Pittston and what we do as a food bank, we go to the four counties, Lackawanna, Susquehanna, Wyoming and Luzerne. We take food and we give it to soup kitchens, pantries, churches and anywhere that will do distributions,” said Maya Napoliello, a nutritional educator for CEO who ran the activities during the lecture.

Anyone interested in volunteering with the CEO can call 570-826-0510 or email, [email protected] with any questions.

The Office of Diversity Initiatives also hosted a third lecture for their International Diversity Series on the impact of food insecurity, titled “The Ripple Effect of Food,” which is covered in Self-Care with Sarah, on page 8.