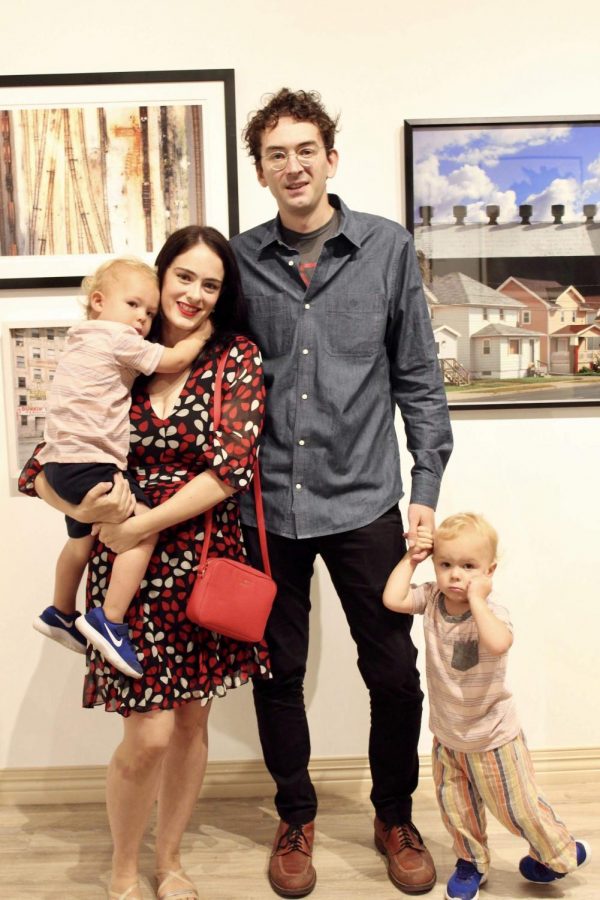 The Rust Belt Biennial is a photography series that showcases works of multiple photographers who are from areas affected by the deindustrialization of the rust belt region. Everyone in attendance at the reception was captivated by the vast amount of photography in the exhibit. It could be described as haunting as it highlighted the situation that the rust belt is in.

“I believe that it was created to compare new memories and old histories, and maintaining the integrity and importance of both.  This exhibit also focuses on the importance of photography and its effects on our society, whether it be political, social, or cultural,” said Jessica Morandi, junior graphic design major and intern at the Sordoni Art Gallery.

Heather Sincavage, director of the Sordoni Art Gallery, explained that exhibit is unique because it brought together a number of artists who are committed to the communities, which have been left behind in the rust belt regions.

“There is one artist, Alyssha Eve Csuk, who decided to focus on the Bethlehem Hotel’s past and through her work, it reveals what it looks like now,” said Sincavage. “It is a good representation of the exhibition.”

This exhibit will engage people in the history of the rust belt in Pennsylvania, as well as allow people from this area to relate to the stories in the art.

The photography of the exhibit illustrated the hardships of the rust belt as it is facing a decline in blue-collar work. Sincavage shared that her favorite piece was by the artist Susan Copich.

“She is photographing a woman who has fallen down the stairs but the image depicts the challenges women face in the rust belt communities. It’s haunting yet beautiful and I think women can relate to this piece,” said Sincavage.

One of the most iconic pieces in the exhibit, according to Jesse Elliott, senior finance and political science major is entitled, Farmer Bob by the artist, Joel Anderson. Elliot spoke about how this piece reflect portions of his own life growing up.

“He used to be a coal miner actually and he’s now a farmer because he has black lung from his years in the coal mine. Especially for me, that is something that is kinda close because I live literally less than half a block down from a coal strip and my grandpa used to work in the coal mines and he had black lung himself. It is especially a story that I am really familiar with and being able to see it in a bigger setting like in the gallery was really cool to me,” said Elliott.

Sincavage also shared there is no particular way to go through the exhibit. However, sheand her colleagues have noticed how people tend to start at the desk area and move in different directions. Therefore, they intentionally placed two pieces by the desk that they believed relay what the Rust Belt is.

“People should attend this particular exhibit because it’s truly reflective of us. Our region was built on coal mining and steel. It’s a realistic look of our community and the ones that are still thriving today,” said Sincavage.

The reception also had food and wine and was open to all free of charge, like how all of the Sordoni Art Gallery’s exhibitions are. Artists Kallianiotis and Freidlander shared a couple of words about their inspiration for starting this exhibition. Reception attendees were able to meet with the curators and other artists afterward.

The exhibition was a success and everyone in attendance enjoyed the art and photographs. Many were captivated by the beauty and stories they saw in each piece of work.

“I’m fascinated by the photographs of people’s faces. Their expressions give me a sense of confusion and vulnerability because of the bad situations they seem to be in. I cannot relate to those experiences so it makes me feel guilty because I cannot help them,” said Anna DePaula, reception attendee from Brazil visiting her boyfriend in Wilkes-Barre. 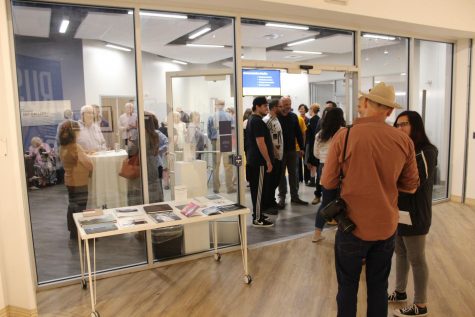