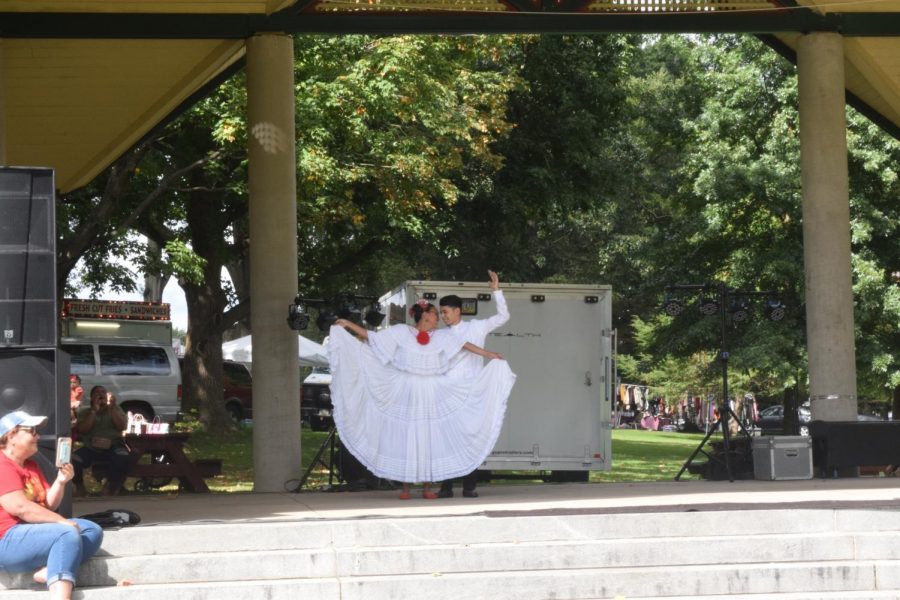 The gloomy weather did not stop Wilkes-Barre from celebrating its 250th anniversary on Saturday, Sept. 6.

Founder’s Day is what this event is called. It gets its name because it is meant to honor the settlers who came to this area in 1869. Two years later, in 1871, Wilkes-Barre officially became a city in the Wyoming Area.

The event was held at Kirby Park from 11 a.m. to 10 p.m. and provided an opportunity for local community partners come together and celebrate the one commonality among them, calling Wilkes Barre their home.

Kirby Park was filled with many activities offered free of charge. Guests could stop by one of the many food trucks spread throughout the field. They were also able to talk to vendors offering information about their companies and selling their products, and even participate in games and carnival rides.

“I had a lot of fun, there was so much food. I’ve never even been to Kirby Park so it was cool to get off campus for a while,” said Taylor Dillon, sophomore business management major at Wilkes University.

Founder’s Day provided a place for local families to get together and enjoy a fun weekend, and also allowed Wilkes University students who may not be familiar with the area to learn more about it.

For example, several of the Panamanian students who attend Wilkes University had the opportunity to perform dances and share their culture with that of Wilkes Barre natives.

“I Heard about this event from a friend, and I went to support the panamanian students.” Said Priscilla Rey, sophomore business management major at Wilkes University. “I thought it was so cool to see the different types of cultures and dances. It was different to see the kind of dances they do compared to american dancing.”

Despite the weather being gloomy and chilly, families seemed to generally enjoy the carnival esque event. It was a great opportunity for families to connect with one another.

Founder’s Day was a celebration for Wilkes-Barre. The city is large and has a large history along with it, so this event provided a central place for local community members to get together and celebrate that.

It also provided an opportunity to immerse Wilkes University Students into the culture of Wilkes-barre, and teach them about the dense history of the city they attend school.