What we know about the likelihood of the Area 51 raid

“Storm Area 51, They Can’t Stop All of Us” is a Facebook event currently planned for Sept. 20 at Area 51, a United States Air Force testing facility in Nevada, to raid the site in search for extraterrestrial life.

The event was created by Matty Roberts, who confirmed it was comedic and disavowed responsibility for any casualties if people actually attempt to raid the military base.

“The FBI even showed up to the guy’s house and then not long after it changed to a music festival/get together, though the town by Area 51 does not seem happy. Local areas are declaring states of emergency because they expect a lot of people in their tiny desert towns.  The one article I saw only had a town of 98 people with no fire department, so even a 50,000 festival would overwhelm their emergency services,” said Henry Hunsinger, adjunct history professor at Wilkes University.

Famous raids in history include the Storming of the Bastille and John Brown’s Raid on Harper’s Ferry. The Bastille was captured by over several hundred disaffected civilians and served as the catalyst for the French Revolution. Harper’s Ferry resulted in the defeat of the two dozen man party by a company of U.S. Marines and served as a ‘dress rehearsal’ to the American Civil War.

“These events are incomparable. I think a better way to look at this could be the battle of Rorke’s Drift, which put 156 defenders up against about 4,000 attackers. The defenders were better equipped and had a meager defensive structure to help them and they won,” said Delmar Guziewicz, former history major at Wilkes University. 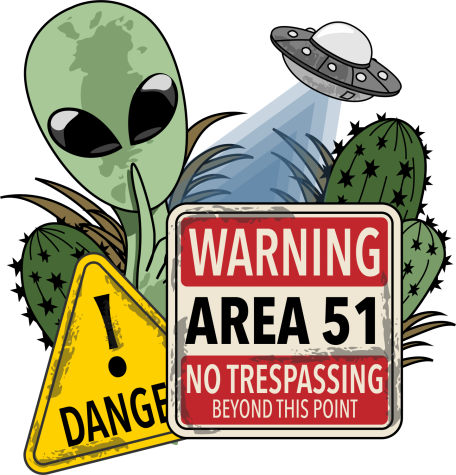 “Defending an area is often far easier than attacking it, especially when the defenders have a military base as protection. Forts and bases are ‘force multipliers’ that effectively multiply the power of the army using it.”

The government utilizing the military to quell uprisings and disturbances is no rare event. Perhaps the most chilling is the Tiananmen Square Massacre in 1989, which saw 3,000-4,000 peacefully protesting civilians gunned down by their government to protect government interests.

“This is not something that people will really put their lives on the line for. We’ve seen cases of where, for example, ‘hey my family’s starving and I’m so mad about the cost of bread. Marquis de Lafayette and the King can feed their families but I can’t feed mine. I’m so angry so I’m going to storm the national assembly.’ That’s when your life is on the line,” said Dr. Andrew Wilczak, associate professor of sociology at Wilkes University.

“As far as we know, our lives aren’t on the line for anything going on behind the scenes at Area 51,” he said.

The idea of the internet causing someone to put their lives on the line over something not serious isn’t anything new.

One notorious example was Pizzagate. Pizzagate was a viral right-wing conspiracy theory that cycled during the 2016 presidential election. It was a myth that claimed the Clinton family was running a child sex ring out of the basement of Comet Pizza in Washington D.C.

“A guy showed up with an AR-15 and took hostages and said ‘I’m here to free the children.’ The FBI surrounded the place and essentially told the guy, ‘Hey idiot, you just fell for something on the internet. No one is in danger. The only people in danger are the people who are now terrified because you, as a maniac, have shown up with an assault rifle,’ and this dummy is just standing there throwing his life away,” said Wilczak.

Even if the event does not occur, military personnel are still preparing with extra security in the case that it does.

“The US Armed Forces are not going to be able to be countered by any civilian force; once the civilians realize this we could expect some interesting yet unpredictable political discourse. It will certainly be marked in history books. Of course, this isn’t a concern because it will never happen,” said Guziewicz.

Meanwhile, protests are occurring in Hong Kong where people are putting their lives on the line. Wilczak noted that the thing about revolutions and collective actions is that you never know what’s going to set them off.

“It would be funny if this turns into the civil rights or government abuse turning point of the 21st century. I can’t even draw comparisons to anything equally stupid. Twenty kids show up and get wiped out and it gets turned into, ‘Oh no, government authority is too much.’ That’s the only tiny sliver itty bitty light at the end of the tunnel of this otherwise completely stupid joke. With everything else happening, it would be completely pitiful,” Wilczak said.