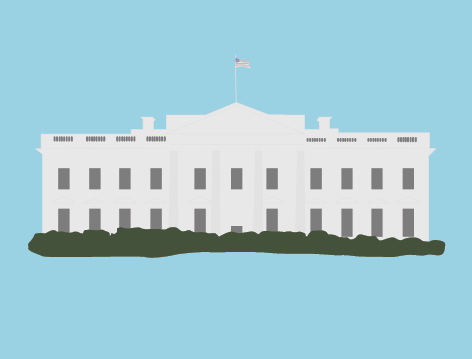 The government has been shut down, but what exactly does that mean?

A government shutdown occurs when Congress needs to submit a federal budget, but cannot agree about the contents of this budget. This includes but is not limited to what to spend, how to spend it and where to place funding.

The government has shut down a total of 20 times since 1976 with three of these times in the past five years.

The most recent shutdown, which began on Dec. 22, 2018, was prompted by President Donald Trump wanting $5.7 billion spent on a Mexican border wall.

This shutdown, according to the president himself, was to last days, months or possibly even years.

Trump planned to keep the shutdown rolling until he gets what he wants: a wall on the southern border of the country blocking off Mexico. The President’s reason for the shutdown and the wall is the thousands of alleged terrorists illegally crossing the Mexican border trying to enter the country.

The shutdown lasted 35 days left almost 400,000 workers furloughed, and was the longest in US history.

The 2018-2019 shutdown is the second under the Trump administration. The January 2018 shutdown was the result of a disagreement with the extension of the Deferred Action for Childhood Arrivals (DACA). The shutdown only lasted three days.

The shutdown has affected federal workers and their families as the government closed for over a month. All of these workers are not receiving their paychecks.

Around 75 percent of “top tier” governmental programs have already been funded, but that still leaves the other 25 percent, including, Homeland Security, Urban Development, Justice, Agriculture, Treasury, Commerce, Environmental Protection Agency and Transportation.

Other affected, lower level programs that have closed are, all Smithsonian Museums and Zoos, most National parks and monuments, and many federal research operations.

Top tier workers and essential employees were still expected to show up for work even though they were not promised a paycheck. However, those in the lower-tier federal positions were not mandated to show up to work.

As a result of this shutdown, images have emerged of National Parks being littered with garbage, Transportation Security Administration agents playing explicit rap music while working in the airports and accounts of the Food and Drug Administration lack of careful supervision of food inspection.

Two of America’s more vulnerable populations that are also being affected by the shutdown: Native Americans on federally sanctioned reservations and federal prisoners.

Federal prisoners’ benefits are being depleted because of the shutdown. They are not being granted their visitation rights with friends and families, programs are being cancelled, and correctional officers’ shifts are being lengthened which may result in inadequate watch and care.

Native Americans, who live on reservations are losing the federal programs that helps provide them with the basic services they need to survive. The Indian Health Services, who operate health clinics, are also unable to service Native Americans on and off the reservation because of the lack of funding.

The first of these being that if a FAFSA has yet to be filed, there will be difficulty in doing so. The IRS is slowed down, and cannot provide the documents necessary for the forms to be filed, based on tax information from  2017.

He continued this by detailing how the economy is being affected by the shutdown.

He continued this by detailing how the economy is “contracting due to an unnatural force” which will “impact almost all seniors looking for jobs.

“(The graduating class) are going to be facing a tougher job market, as well as for those seeking summer jobs.”

“One of the big effects of this partial government shutdown particularly affects things like student visas.” He also reiterated the idea of 380,000 government employees are working without pay.

Students across the campus also have their own opinions on the shutdown.

“The government’s shutdown, especially the way that (the government) is handling it is out of hand,” said Natalie Carleo, a senior communication studies major. “So many people are going without food and without pay to support something that many do not believe in.”

Megan Graham, a history major, further commented about the potential continuation shutdown in mid February. She drew attention to the lack of America support of the wall itself.

So this calls to question, what can the average person do about the shutdown?

“Call your representatives,” Baldino said. “Whether or not you agree with their political affiliation, call them, and tell them to end the shutdown. Ask them to put people back to work and then solve the border wall crisis.”

As of Jan 25, a new deal has resulted in Trump reopening the federal government for three weeks, lasting until Feb 15. Trump has agreed to pay all of those furloughed federal workers for their unpaid work over the past month.

“I think that it’s incredibly unfair to the government workers that there might be yet another shut down, especially since the reason for the shutdown is over the debate of the Wall—which not many people are in favor of,” said Graham.

The deal came after it was announced by the FAA that they delayed flights New York City’s LaGuardia Airport because there were issues with staffing air traffic controllers.

There is a agreement between the Democrats and Republicans that there should be some type of funding for southern border security, but they are not agreeing on what exactly to spend this funding on.

Most Republicans are in agreeance that the funding should be spent on a wall that guards the border. However, the Democrats want to spend the funding on border security technology  that will help border patrol and security.

Trump stated that if the Republicans and Democrats cannot strike up a deal by Feb. 15, he will declare a national emergency and put those funds towards the wall.