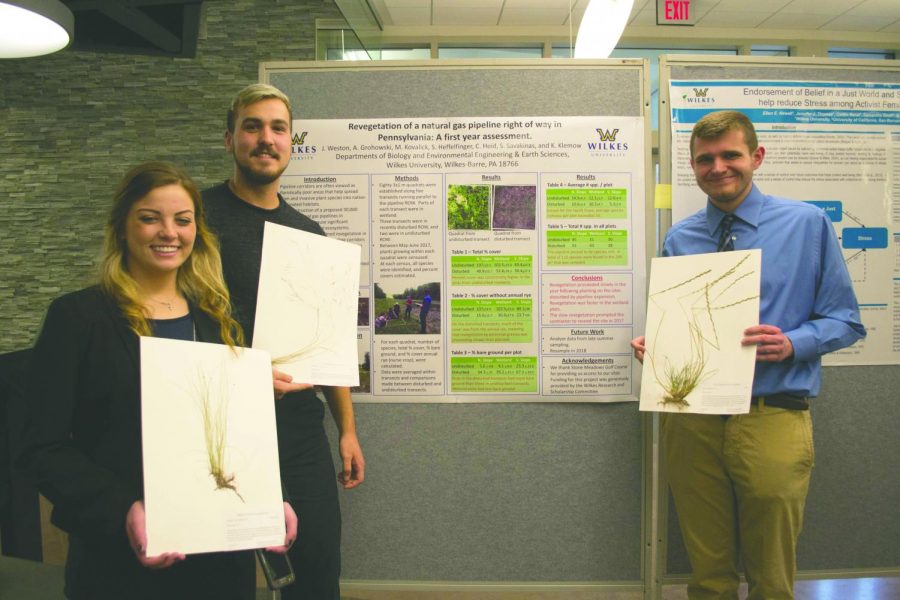 Students from all majors were invited to present the research that they have conducted over the past year through posters and presentations.

The Scholarship Symposium ran across four days, from April 2 to 5.

In 2016 President Leahy dedicated $1 million to create the Research and Scholarship fund, which provides financial support to faculty for their work as scholars. Each year, the faculty and students receiving a grant share their work at the symposium.

The symposium was opened by a presentation from Political Science Professor Dr. Thomas Baldino, who discussed “the differences between the theory and practice of Pennsylvania’s government in the 21st Century.”

In his research, Baldino collaborated with Kutztown University professor Dr. Paula Holoviak. Using data from public sources about elections, budgets, court decision and votes, they hoped to find out if the Pennsylvania government had changed compared to 1968.

Three presentation sessions ran over the first day, during which 15 presentations were delivered.

Students Alex Hollingshead and Yasmin Aboajila also discussed the effect of WiFi on brain signalling. They presented their preliminary results which showed how Wifi change Beta waves which represent judgement and problem solving in human bodies.

Over the course of the next four days more presentation and posters were delivered.

Arcure also presented her poster at the National ACS meeting in New Orleans.

“Being able to show other people what we’re doing here and get Wilkes’s name out, it’s great.”

Emily Kamieniecki, a sophomore medical lab student delivered a poster about her research into parasite communities in short-tailed shrews. Her experimentation involved isolating the parasites by either physical examination or DNA barcoding. Hundreds of parasites have been outlined and tested from individual shrew’s digestive organs.

On being able to present her research, Kamieniecki said: “I think it’s pretty exciting, it gets more exciting the more you talk about it. I get really excited about the project when I talk about it.”

Kelvin Mejia, a senior biology major who worked on the same project as Kamieniecki and said: “It’s just a great opportunity, not a lot of people have the chance to present their research.”

The symposium ended on Thursday evening by a lecture from English professor Dr. Helen H. Davis.

Delivering a lecture titled “Ambitious Women, Then and Now: Charlotte Brontë to Hillary Clinton,” Davis discussed the correlations between the books of Charlotte Brontë and the experiences of 21st century women.