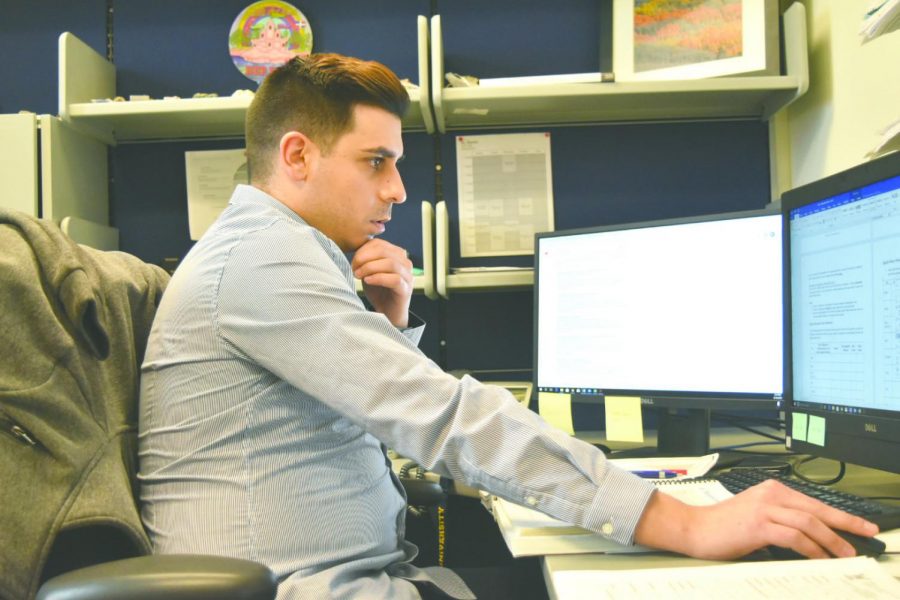 New to the Wilkes University community is Dr. Bobby Karimi, geologist and an assistant professor.

Originally from the city of Calgary in Alberta, Canada, Karimi received his bachelor’s degree as well as his Ph.D. from the University of Pittsburgh, where he studied geology, but focused his studies in tectonics.

Prior to teaching at Wilkes,  Karimi taught in Millersville University, Clarion University of Pennsylvania, and Colorado College.

“I think each one of the colleges I have taught at prepared me in a very unique way to teach here at Wilkes. As a professor, there’s always a big variety of students in all the places I have taught at, so I have become very adaptive.”

His keen interest in the field of geology led him to the conclusion that academia was a place he could call home.

“I knew from the get-go what I was getting into when I decided to get my Ph.D, I got a chance to teach while working on my doctorate, and it was very gratifying,” he remarked.

Karimi’s passion for geology as a student led him to further his education.

“I really want to understand how things behave and why do they behave the way they do, in terms of the physics of something,” he said he explained to his advisor.

His main focus in his studies of geology is in tectonophysics, which is the study of the physics aspect of plate boundaries.

Most of his current research deals with the tectonics and volcanism of Chile, in collaboration with other academics from different universities, for which, so far, patterns of eruption frequency have been identified, as well as a relation to some smaller scale tectonics features.

Additionally, he is conducting research that focuses in landslides, and using Geophysics to model landslides and then using Geographic Information Systems and mapping to identify the areas that are in high risk of landslides.

“I think what attracted me the most to Wilkes University was this department” he said. “Because the geology program is so new, we have a lot of control on what we think the experience of students studying geology should be like and having such impact its really exciting.”