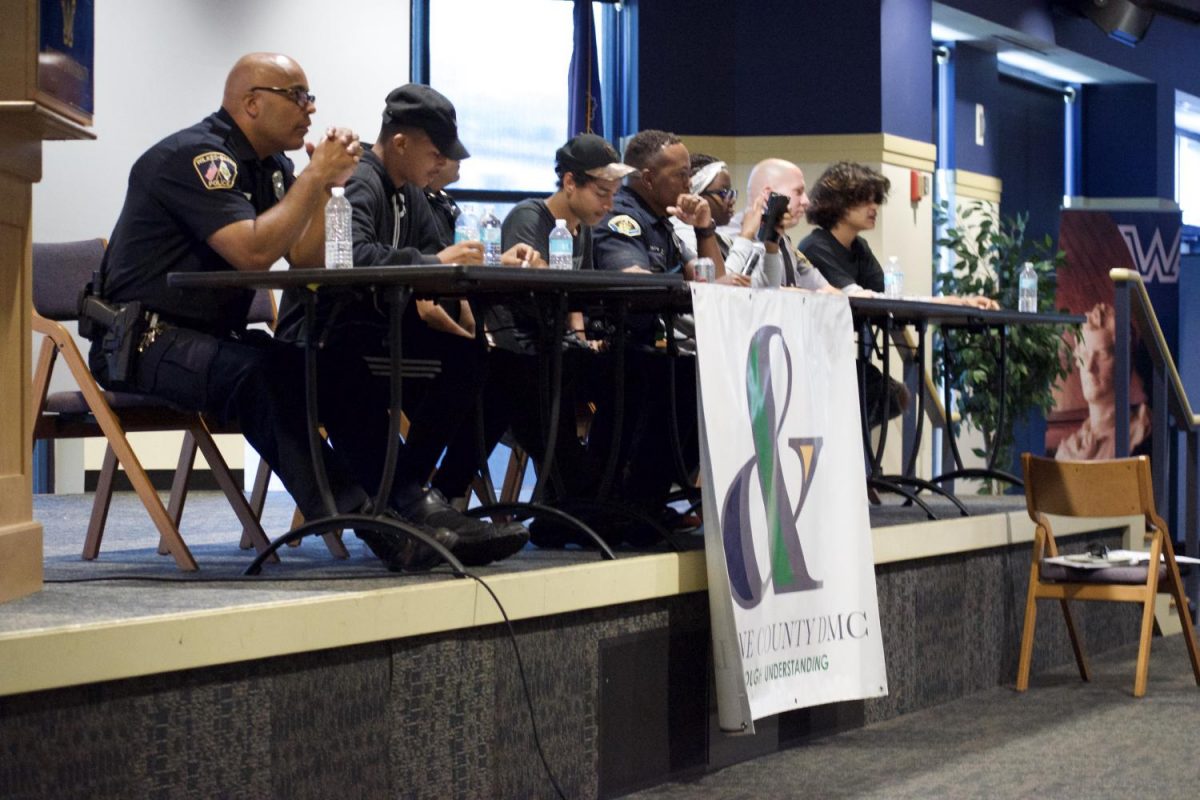 The panel of local police officers and youth working to reach an understanding through discussion of common misunderstandings in city crime.

Starting in Philadelphia in 1989, the event held at Wilkes is a product of a grant from the Pennsylvania Commission on Crime and Delinquency, and has been running in the local area for two years.

The day included a panel focusing on stereotypes and the relationship between the youth and police. After lunch, the groups were educated on adolescent brain development and perspective. Concluding the event was a role play in which the teenagers got the opportunity to become police and the officers became the uncooperative kids.

A focus of the panel was respect between the two groups. The police involved in the panel highlighted the fact that attitude from a young person being questioned often makes the situation much worse.

One officer told the audience: “If you’re doing something wrong, just say sorry and don’t give attitude.”

Another officer added: “People think we go to work wanting to arrest and shoot somebody. That isn’t the case, everything we do is paperwork – it’s so much easier if we can just give you a warning.”

Police officers on the panel identified the racial issues: “I get stopped in my vehicle all the time when I’m off duty because I’m black,” Officer Taylor told the audience.

The session acknowledged the opportunities the kids in the room have.

“You all take risks with police, you have the risk-taking ability. This means that you have the ability to change the world. This is your opportunity, you’ve just been putting it into the wrong direction. You are building what you can do for the rest of your life.”

“In the sessions barriers come down, they all leave shaking hands and some even high five,” she said. “Kids now recognize officers from the event when they are out in public, and it creates more familiarity and less tension.”

Officer Vanwhy from Hamburg township said: “I think it’s a great way for youth and police to have a positive interaction. Youth only see police in a negative light, and here they can ask any question without fear,” he said.

He added, “It also gives police the ability to get a better understanding of youth and why they respond the way they do.”