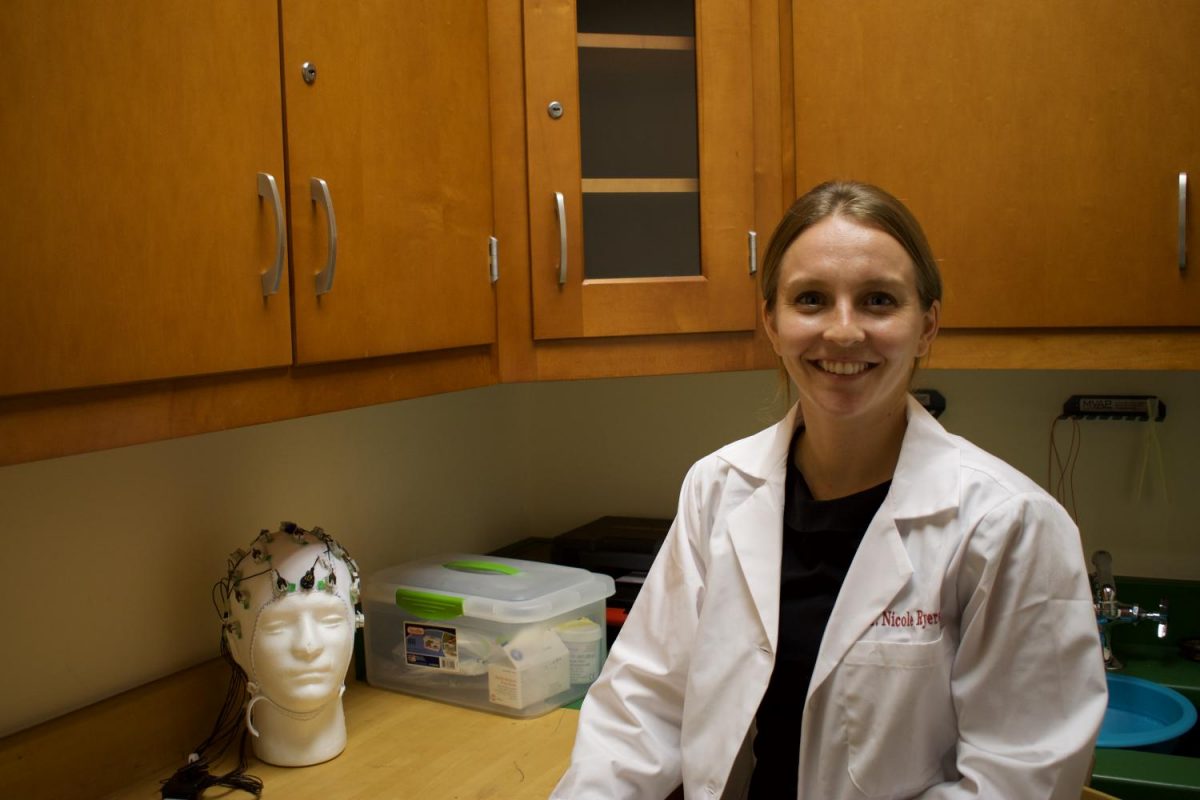 Ryerson said that she chose the field because in her senior year of high school she took an advanced psychology course that changed her life. From that moment forward, in that she found her passion.

“I always knew I wanted to teach. I got to teach as a graduate student and it was very rewarding … I really loved being able to give back to the students the same way that my professors did for me when I was an undergrad.”

She then stated that her experience with neuroscience methodologies in her cognitive psychology course was fundamental to her strong interest in neuroscience and psychophysiology.

Dr. Ryerson’s responses as well as the glow in her eyes while she spoke was evidence of her love for the field.

She went into further detail about her experience being an assistant professor and her contentment in her field.

With a glimmer of excitement and enthusiasm she said, “I always knew I wanted to be in a position like this one.” She expanded in stating that she desired to interact with students in the same way that faculty members did with her.

She revealed advice for students who have been exposed to the misconception that psychology is a “dead end,” as well as for psychology majors/minors in general. “Try to have a plan, and anything that you’re doing will be useful towards reaching that goal.”

She stated that psychology is sometimes perceived as a “soft science,” but in fact, “we really are a scientific field of study and there are many many career opportunities for people who are pursuing psychology degrees.”