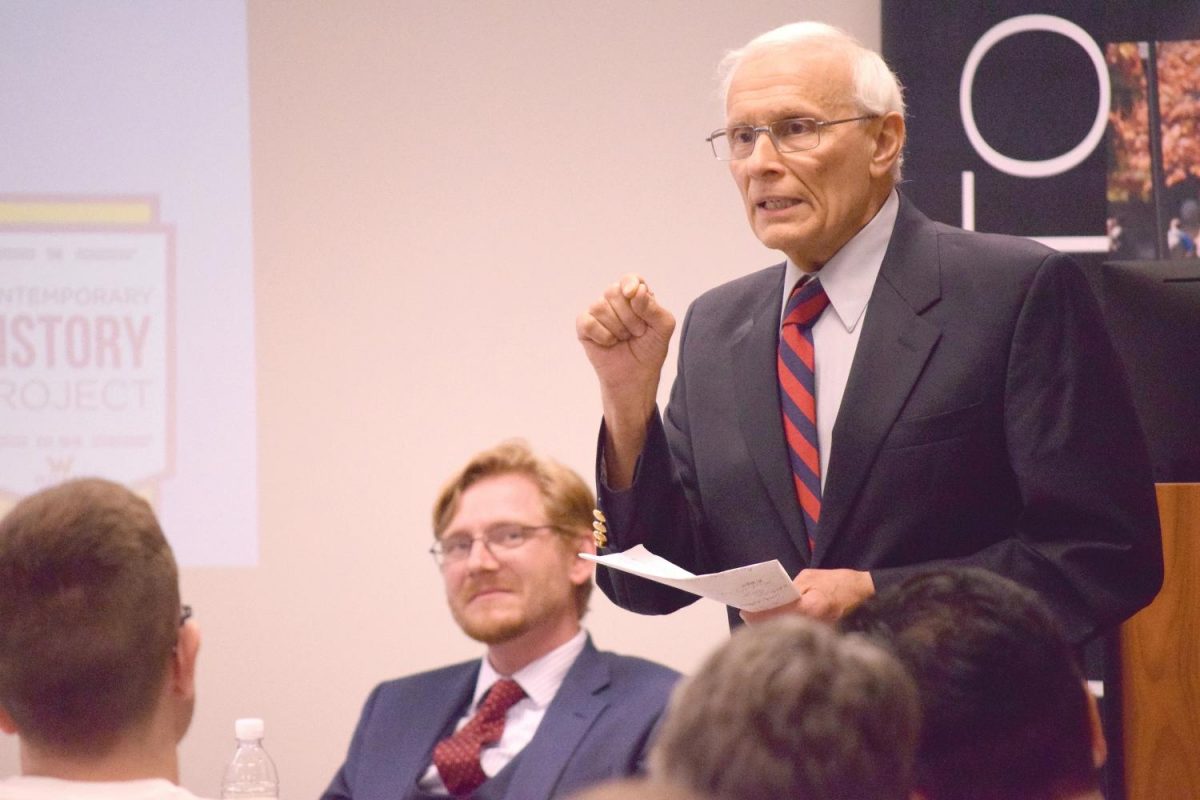 “A house divided against itself cannot stand,” said then senator at the time, Abraham Lincoln, on June 16, 1858. In light of the events in Charlottesville, the divisive issue of race and its historical significance are at the forefront discussion in American news and among citizens.

Across the country, citizens have moved on behalf of efficacy to see Confederate-honoring monuments removed from their communities, symbols they view as racially oppressive and offensive. Removal of confederate monuments has been seen in New Orleans, Baltimore, and cities in Kentucky.

With no definitive solution present, professors at Wilkes University participated in a panel entitled “Monumental Change: Confederate Statues, Political Divisions and the Future of History” on Sept. 19 in the Miller Room, to provide insight and clarity on the issue. Doctors John Hepp, Akira Shimizu, Thomas Baldino, Andreea Maierean, and Jonathan Kuiken made up the panel.

Certainly a hot-button issue, the debate about the removal or lack thereof is largely split along racial and historical lines. Citizens in favor of removal argue that the monuments must be taken down to remove symbols of racism, hatred, and oppression, in addition to avoiding heightened racial tensions domestically, whereas citizens in favor of them remaining erect argue that the statues are historically significant, and must remain to preserve that status.

Kuiken, Assistant Professor of Global Studies, and host of the panel, started things off by saying: “Contrary to what many people think, history is not a fixed thing. It’s a constant, ongoing interpretation of the past; what the past means, and how it relates to the present.”

“There is not a one-size fits all answer to the issue regarding Confederate war memorials,” said Hepp, professor of global studies. In his address, Hepp revealed that the largest concentration of Confederate monuments in Pennsylvania is at the Gettysburg National Historic site.

Dr. Andreea Maierean, Assistant Professor of Political Science spoke next about the removal of communist monuments in the satellite countries of Central and Eastern Europe, in what she labeled “an overnight historical change.” Maierean discussed how in Budapest, communist monuments were moved into a park and, ironically, turned into a tourist attraction for profit.

Maierean also discussed how statues in Moldova, Romania, were melted down, sculpted, and molded into a horse, for a new monument depicting a Romanian King.

The final speaker of the panel, Professor of Political Science, Baldino took a holistic route, and spoke about confederate monuments as symbols, referencing Murray Edelman’s book: “The Symbolic Uses of Politics.”

“The symbolic use of statues is a means of conveying information or persuading you or the citizens of a community to be supportive of a community … And how powerful some symbols are … So powerful, that they evoke emotions that at a particular point, they (citizens) are passionate about removing the symbol,” said Baldino.

In relation to his topic, Baldino addressed the political ties surrounding the monuments. In doing so, Baldino defined politics as: “Politics or the study of politics, is influence.” He defined influence as: “the ability of one person or persons to change the behavior of another person or persons.”

“The statue is more than the figure you’re seeing. The statue as a symbol, reflects values of some kind … When you think of symbols and therefore statues, as reflective of values, then you begin to understand the power of the statue, if it is associated with a value that you either hold dear or have come to despise,”  said Baldino.

Finally, the floor was opened to questions from those in attendance. A broad range of topics was discussed, from first amendment rights concerning the removal of statues, historical implications and practical solutions to the issue at hand.