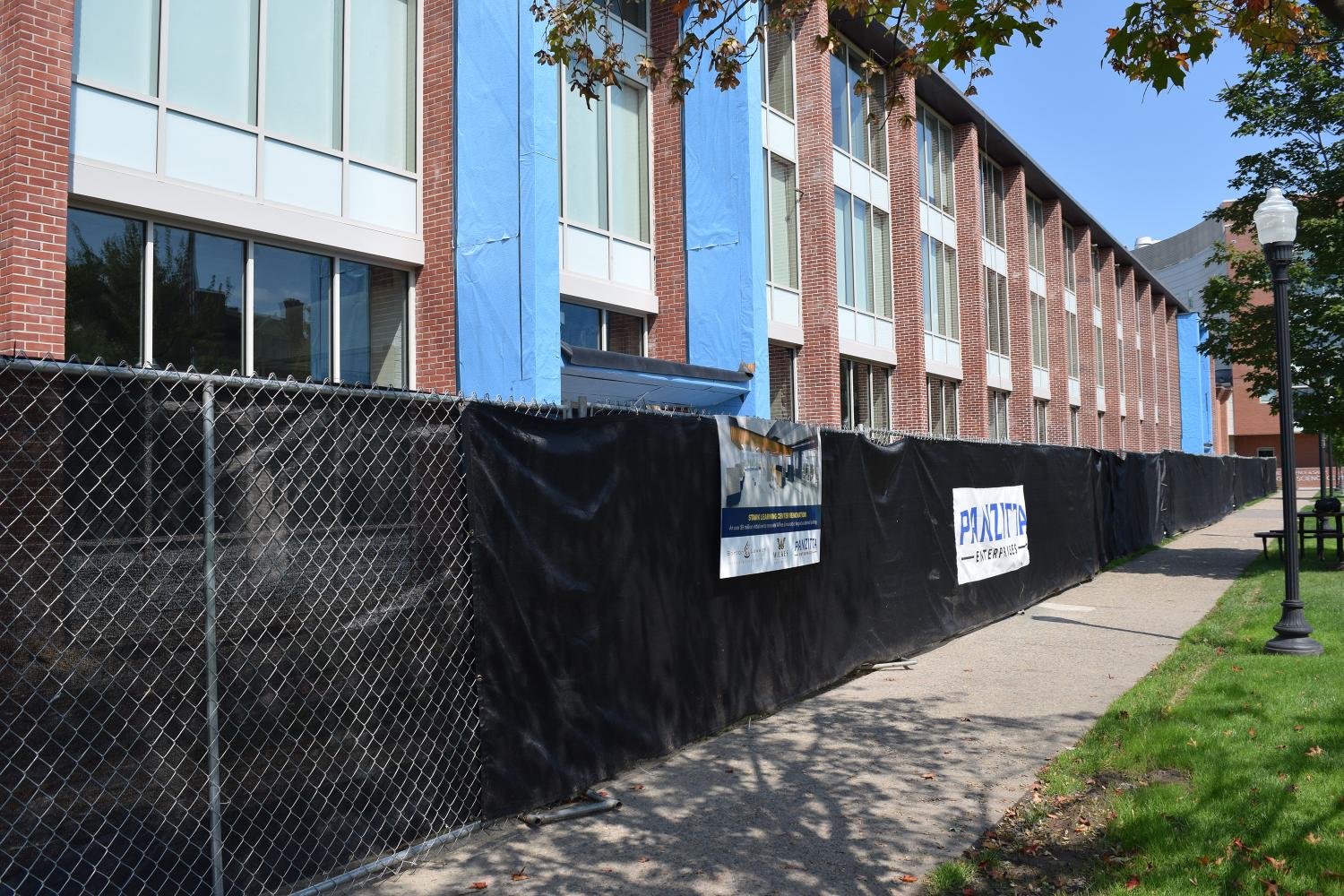 Editor’s note: This story has been edited from the print version to correct several errors.

Construction taking place at the Stark Learning Center has served as a conversation piece since the spring 2017 semester, and has brought on mixed emotions for faculty and students.

Wilkes University has recently started a project strengthening the campus infrastructure – $4 million has been invested in construction meant to enhance the beauty and function of the university, according to a letter from University President Patrick Leahy emailed to students, staff and faculty last August.

The Stark Learning Center, a beacon for majors such as pharmacy, engineering, nursing and more, is receiving a major face lift which will total $6 million by the time construction is complete in August 2018.

The school received $3 million in funding from the Commonwealth of Pennsylvania through a RCPA grant, which was matched by university funding.

The university plans to add new classrooms, furniture, and update the facade of the building. Ongoing constructions have led to closures of areas of the building and entry ways.

“Although we will continue to have the East wing of stark closed for construction for a few more months, the end result will be a total transformation of a 1957 area into a start of the art facility that was designed to serve the students,” says Charles Cary, the executive director of Facilities.

Construction is scheduled to be completed Aug. 1, 2018; however, the university is currently ahead of schedule, and expects to complete it earlier than that.

While many students may be grumbling about the project for its hindrance on their daily lives, others remain optimistic about the improvements to the university.

“I think the renovations are coming along nicely, and will make the building more enjoyable,” says Sam Meehan, a sophomore Computer Science major.

“I have concerns over safety because many of the exits have been closed. If there was a fire, where would people go?” asked Dr. Barbara Bracken, an associate professor in the Department of Mathematics and Computer Sciences.

“There has been a lot of difficulties for people with disabilities entering the building,” said Dr. Frederick Sullivan, associate professor of Math and Computer Science. Past entrances have been temporarily changed in order to accommodate construction.

Other construction projects being worked on at this time include Schmidt Stadium, Waller Hall, Ralston Athletic Complex, and the addition of signage across campus.