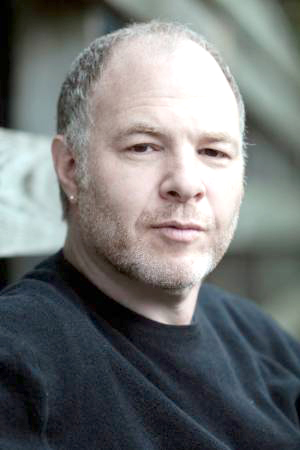 Jackson Katz, who will deliver the keynote address, “Men, Women, Sex and Violence” for It’s On Us Week.

In January, Title IX Coordinator Samantha Hart announced to the Beacon that Wilkes received a grant from the Department of Education for the It’s On Us Campaign, a program whose goal is to end sexual assault through awareness and activism.

Hart applied for the grant with the intention of organizing a week long event “that will promote healthy relationships; improve prevention, reporting, and response to sexual violence on and around our campus community; create meaningful discussion surrounding sexual violence to encourage reporting from survivors; and demonstrate leadership among our students by empowering their ability to change campus culture and educate local high school students on prevention prior to college,” as she indicated on the grant application.

A few months later, the event has been planned and will take place from March 27-31.

The keynote address will be delivered by Jackson Katz. Katz is an educator, author, filmmaker and cultural theorist and is known internationally for his work and activism regarding issues of gender, race and violence.

Katz is also known for his TED talk entitled “Violence against women – It’s a Men’s Issue,” which has been viewed more than three million times and featured on radio and television worldwide.

Katz also co-founded the Mentors in Violence Prevention at Northeastern University’s Center for the Study of Sport in Society, regarded as one of the most widely implemented and influential sexual assault and relationship abuse prevention initiatives in North America, and created the first worldwide gender violence prevention program ever in the Marine Corps.

“We aren’t able to reach our students until orientation… I think the discussions surrounding sexual assault need to start sooner, when students are in high school,” Hart told the Beacon in January.

Hart will also administer One Love Escalation training, which is designed to help students safely recognize and address relationship violence that may affect them or their friends, before the abuse escalates.

The One Love Foundation was founded by Sharon Love, whose daughter, Yeardley Love, was murdered by her former boyfriend and fellow University of Virginia Student. The foundation aims to change the social climate that allows abuse to take place, and to arm individuals to be able to intervene when they think dating violence is taking place.

Hart said in January that the grant money would also be used to add to the “Colonels Don’t Stand By” video, which highlights bystander intervention training for underclassmen, to now include upperclassmen. It could not be confirmed whether the plan stands.