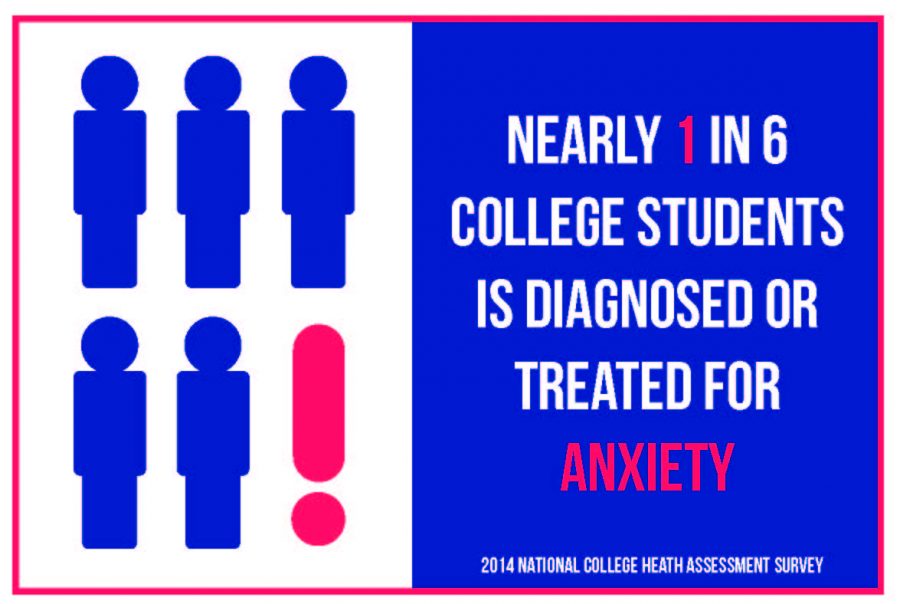 A young man is three months into his first year of college. He is taking five classes and must also be involved in campus clubs to start building his resume. He commutes to class every day, as he must go to his full-time job directly after and then report home to help his single mother take care of his younger siblings.

Thisa scenario is just one of many that college students may face, causing them to experience the plight of anxiety or depression. With September marking National Suicide Awareness month, it is time to give a voice to those that suffer and let them know they are not alone.

About one-third of U.S. college students had difficulty functioning in the last 12 months due to depression and almost half said they felt overwhelming anxiety, according to the 2013 National College Health Assessment, which examined data from 125,000 students from more than 150 colleges and universities.

Psychology professor Robert Bohlander offers insight into why people are more prone to declined mental health during their college years.

“College students have more stress than those of the same age who do not attend, absolutely,” Bohlander said.

He explained that college students face all the regular stressors of relationships, financial woes and identity questions, while also having the extra weight of the additional stress that college brings.

Starting out, students stress about adjusting to college life, trying to be successful in their studies and having freedom and independence. As they go on and that adjustment period fades, however, they are immediately faced with other stressors: the economy, careers and preparing to enter into the “real world.”

Regardless of how common it may be among college students, two-thirds of those who are struggling do not seek treatment, according to the American College Health Association Spring 2015 assessment.

“In and of itself, the symptoms of anxiety and depression can make it difficult to have enough energy to reach out for support,” Biskup said.

Bohlander added that there are also certain stigmas to mental health, including social stigmas and self stigmas. He explained that social stigmas occur when someone is reluctant to seek help because they fear judgment from family and friends, whereas self stigma is when the person does not even want to acknowledge to themselves that they are suffering.

Fortunately, there are a variety of outlets on campus to help. Along with campus counseling and caring faculty, there is also a NeuroTraining and Research Center on campus that can teach students how to reduce stress through breathing and brain training. Another useful tool is mindful meditation, which is offered Tuesdays, starting Sept. 13, from 4:45 to 5:30 p.m. in the Kirby Salon.

According to the 2014 National College Heath Assessment survey, nearly one in six college students had been diagnosed or treated for anxiety, and according to a survey done by the National Alliance of Mental Illness, more than 62 percent of students who withdrew from college with mental health problems did so for that reason. That does not have to be the case for students on this campus, Biskup emphasizes, as there are many people here to help.

“There are some many effective treatments available. You don’t have to suffer in silence. Remember that despite your circumstances, support is available to you through campus counseling,” Biskup said, seeking to directly reach out to students that suffer from mental illnesses.

To schedule a counseling appointment, call Susan Biskup at 570-408-4355 or Melissa Gaudio at 570-408-4358. For more information about mindful meditation, contact Dr. Linda Paul at [email protected]