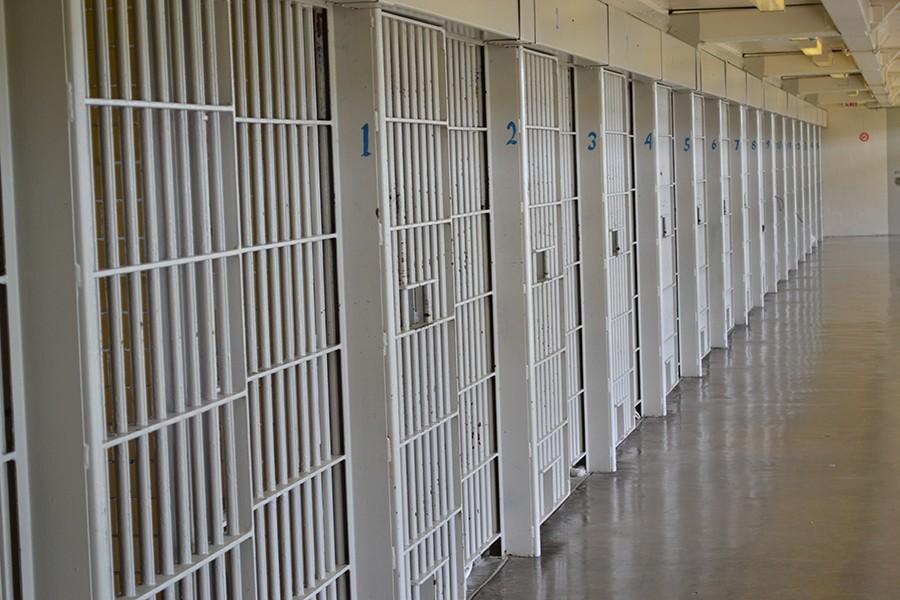 Inside the Louisiana State Penitentiary.

Forty-three years, 23 hours a day spent in a room alone. Only a few books and magazines to pass the time, and only one hour a day spent out of the room, handcuffed and leg ironed in a small fenced off area outdoors, rain or shine.

This was the plight of Albert Woodfox, a former Black Panther held in a Louisiana prison, until he was released on Feb. 19.

According to CNN.com, Woodfox was accused, along with two other prisoners, of killing a prison guard in 1972. At the time he was serving a five year sentence for armed robbery.

He underwent three trials since then, and his case was overturned several times. After it was overturned in 2014 he spent more time in isolation because of a long appeal process.

Woodfox pleaded no contest to lesser charges on the day he was released, telling CNN “Although I was looking forward to proving my innocence at a new trial, concerns about my health and my age have caused me to resolve this case.”

According to Dr. Craig Wiernik, assistant professor of sociology and anthropology, there are two different kinds of solitary confinement: protective custody and administrative segregation.

Protected custody is used in situations where a prisoner needs to be protected from the general population, such as in the case of child molesters and people who have given information to the authorities, who are often attacked by other prisoners.

Administrative segregation is used in the case where prisoners are accused of break ing some kind of institutional rule, as in the case of Woodfox.

“Inmates in prison facilities have all sorts of rules to follow. From an inmate perspective some of those rules are arbitrary,” Wiernik explained.

David Hazlak, an adjunct professor of psychology who has 40 years of experience working as a psychiatrist in prison facilities, elaborated on Wiernik’s point, drawing attention to mentally ill prisoners.

Hazlak went on to explain that many of the regulations set forth in prisons are difficult for these mentally ill prisoners to follow, and that they are more likely to find themselves in solitary confinement. This is a serious issue according to Hazlak.

“If we just look at the research and what people talk about in terms of segregation [solitary confinement], it’s pretty clear you talk about things like depression, anxiety, impulse control disorders, cognitive and perceptual distortions, obsessive thoughts, paranoia and even psychosis,” Hazlak said.

“That’s true, but there’s a caveat; we find those more frequently in individuals who are placed in those settings that had a previously existing mental health issue.

“Prisons are bad for individuals with mental illness, prisons are dumping grounds for these people sometimes. People with mental health issues already are stigmatized and discriminated against because of their mental health, and it doesn’t get better when they go into prison.

“People can respond to effective treatment, but the question is: Do we have available resources and effective prison management that allows that to occur in our prison systems?”

Hazlak described the method of psychological treatment for individuals in solitary confinement as talk therapy while the prisoner is in a phone booth sized cage, hands and ankles shackled to the bottom of it. Hazlak argued that this method was not necessarily conducive to effective treatment.

Hazlak also brought attention to the high suicide rates in solitary confinement, pointing out the irony that these are individuals under the most surveillance.

“Suicide rates in RHU [Resitricted Housing Units]  are disproportionate to the rate in units outside of segregation,” Hazlak said.

“What might account for that is the stress, the lack of any kind of meaningful relationship, lack of social contact… and the unstructured, limitless, timeless day that they have,” he explained. “They have no control of when the meal comes, the temperature of the meal, what’s on the tray… they have no sense of when they’re going to be taken out of the cell for exercise.”

According to Hazlak, while studies show that many prisoners leave solitary confinement showing amplified symptoms of mental illness, there is no proof of a direct causal link.

Hazlak also discussed the scenario of extremely dangerous prisoners who simply cannot be placed in general population for the safety of  other prisoners and staff.

The use of long term solitary confinement is an issue that draws up a lot of controversy about the 8th Amendment, which prohibits cruel and unusual punishment.