Anatomy of Administrator: Getting to know Gretchen Yeninas 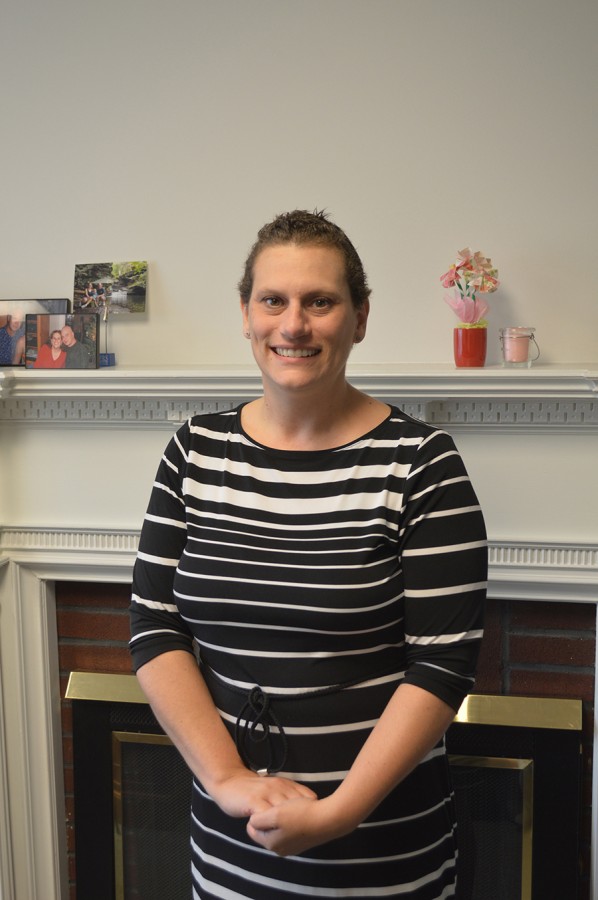 “It’s exciting to be able to move along the different steps I’ve had at the college and into this position. It’s definitely a change of pace, but it’s been a good transition,” she said.

Prior to her career at Wilkes, she was working at a SUNY school in Upstate New York.

“It was such a big school – I didn’t really care for the environment, and I wanted to be closer to home,” she said, adding that her family is from Sweet Valley. “I saw the job was open, I got the job, moved home and I’ve been happy ever since.”

Yeninas’ favorite part of her job is working with students.

“I like being able to make these connections with students and get to know their stories.”

Yeninas received an English degree from Elizabethtown College in 1995, a Master’s of Human Resource Management in 1997 from the University of Scranton and completed a Master’s of Creative writing at Wilkes in 2007.

Her career choice was not influenced much by her degrees.

“The reason I got into higher education is that I had been an RA on campus when I was in school. Sometimes what you do outside of the classroom really is important and can kind of lead into bigger things,” she said. “I got into my job more because of things I was involved with, not because of what my degree was.”

Fitness is very important to Yeninas after a recent health scare. Yeninas spends her free time outdoors or playing MineCraft with her six-year-old son. She also enjoys reading every now and then, and tries to keep up with popular fiction.

Although her career doesn’t revolve around writing, she tries to continue doing it.

“I haven’t done a lot lately, I don’t want to say I consider myself a writer, but it’s one of those things I’ve been trying to get back into and I’ve done a little bit more of it lately,” she explained.