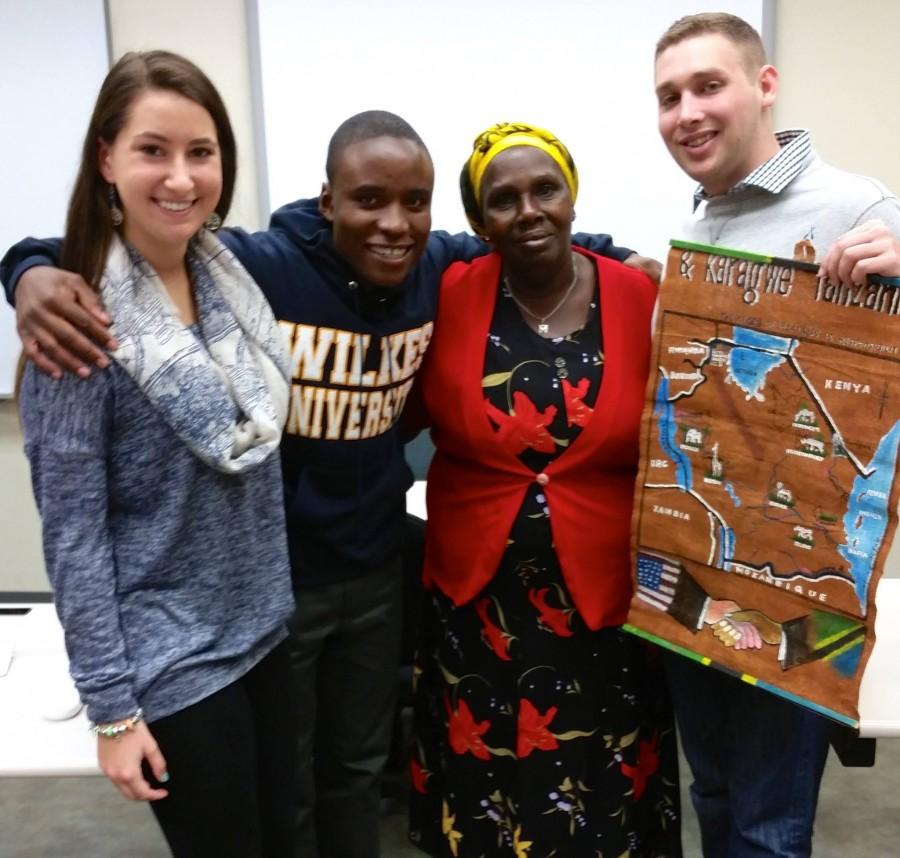 On Oct. 12, students and local media met in Breiseth Hall for a conversation and press conference with a well-dressed and enthusiastic Kihinga George, a 21-year-old Tanzanian student.

Since 2011, Zebra Communications, the student-run PR agency of the Communication Studies Department, has sponsored the education of four students in Tanzania. George, was orphaned by the AIDS virus. Communication studies professor Dr. Jane Elmes Crahall oversees the agency.

Anthropology Professor Dr. Linda Winkler has been aiding children and families devastated by AIDS in George’s hometown of Karagwe, Tanzania, for 15 years.

George has shown a lot of potential in his studies, and hopes to become a doctor or pharmacist in his hometown, where medical services are lacking. When asked how he maintained his ambition and strength through overwhelming obstacles, he simply said that he saw a need in his community and has decided to answer the call no matter what.

George, who is visiting Wilkes until Oct. 20, has met his sponsors for the first time and also seen America for the first time. Here he ate his first ice cream, learned how to tie a tie, and took his first selfie. He also saw firsthand what it was like to be a student in America while attending classes.

Higher education in Tanzania is radically different than it is in the United States. At the press conference, it was announced that George had been accepted to university; however, his acceptance must still be reviewed by the school board. Since there are so few universities, it is very competitive. George will be placed in the biology program based on testing, because students do not get to choose their own field.

At the press conference, George presented Elmes-Crahall with a handmade map of his town, the bottom of which depicted shaking hands, one hand showing an American flag, and the other a Tanzanian flag. George was then presented with a Wilkes hoodie, which he immediately put on.

Despite the opposition he has faced, George remains determined to empower himself through his education and also help his community. He continuously expressed appreciation to the students and faculty who have worked to sponsor him, and credited them as his inspiration.

“Ambition in education is the key to life,” he said.