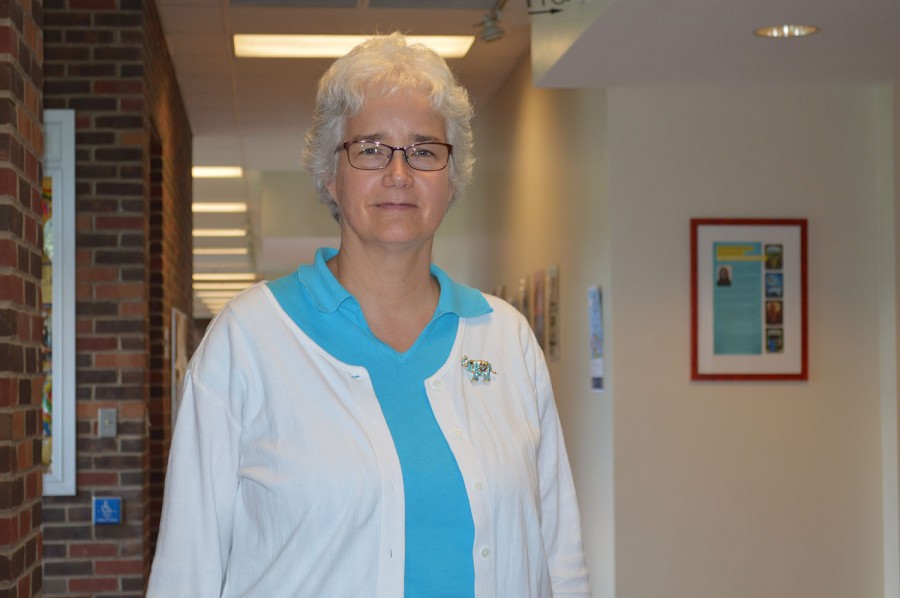 The meaning of life.

Each of these items holds a special place in the heart of Dr. Linda Paul, an associate professor of philosophy specializing in theoretical and applied ethics.

Paul is originally from Washington DC, and did her undergraduate studies at Guilford College in Greensboro, NC. She earned her PhD at University of Maryland; however, she did not receive her master’s degree.

“I was taught that in philosophy if you wanted to teach you needed a PhD, so I figured I might as well just go for the PhD,” she said.

Interestingly, Dr. Paul didn’t discover her interest in philosophy until her undergraduate studies.

“When I was in college, I was originally in science and math, because that’s what I really liked. Then I took a philosophy course and I was like ‘Oh, I like this even better!’, so I ended up majoring in philosophy and minoring in math, psychology and political science.”

Her interest in teaching the subject came even after that.

“When I graduated I had no idea what I was going to do for a couple of years. Then I realized that I was always teaching something… I decided to teach philosophy because it was something I knew I would never get bored of,” she explained. “I teach two sections of introductory philosophy every single semester. You’d think it would get incredibly boring, but it actually doesn’t. Number one, I get to pick things for us to cover that I find interesting, but the other thing is that people say different things… It’s a two way street; it’s not just me telling students things, the students stimulate me as well.”

Besides her specialization in ethics, Paul is interested in the meaning of life and Buddhist philosophy, an interest she did not pick up until she came to Wilkes.

“I went all the way through graduate school and got my PhD in philosophy, and no one ever mentioned Buddhist philosophy at any time.”

This new interest in Buddhism has made a profound impact on her life, particularly leading up to a life changing experience. “I ended up actually going to Plum Village for four months, which is the Vietnamese Zen master Thich Naht Hanh’s monastic community in France. I got a sabbatical 15 years ago to study with him.” Paul described the retreat as “Buddhist boot camp.”

In addition, Dr. Paul has been involved with the struggle for animal’s rights since 1977.

“I became convinced that the moral status we accord animals in this country is woefully inadequate – it’s simply wrong.  They are individuals with lives of their own and should not be treated as they are… It is not an accident that ethical theory and applied ethics are my primary areas of specialization in Philosophy,” she said.

When Dr. Paul isn’t teaching,  contemplating the meaning of life or meditating, she enjoys reading, bicycling, and hiking.

“Who knows what I’ll do next? This is the dangerous thing about philosophy; you never know what you’re going to end up doing next.”