Assistant Art Director resigns amid controversy;President Leahy: “We are not a museum” 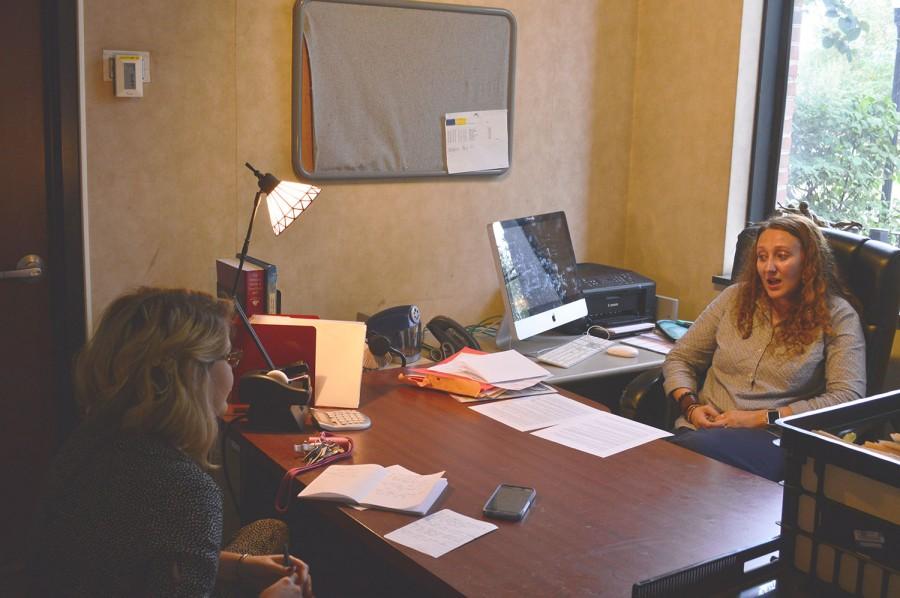 Citing “unethical” practices made by the Wilkes administration, a 10-year employee of the university resigned on Oct. 2.

“I cannot compromise my own professional integrity by supporting actions I believe to be unethical; consequently, I was forced to resign as Assistant Director of the Sordoni Art Gallery,” said Brittany Kramer DeBalko, who had reached her 10-year anniversary in July.

The “actions” in question refer — in part —  to the  removing and/or selling (or deaccessioning) of a large quantity of the university’s permanent art collection  before the art gallery moves from its current location in Stark Learning Center to 141 South Main Street, the former Bartikowsky  Jewelers building. Wilkes University President Patrick Leahy announced the move on Aug. 20 in a campus-wide email.

“I’m sorry to see Brittany go because…it was always our intention to add staff to the Art Gallery,” Leahy said in an interview. “Her job was safe…if she doesn’t support the vision for the Sordoni Art Gallery, she of course has a right to do as she needs to do. But I do not consider this decision in any way to be unethical. On the contrary, I find it to be a bold investment in the arts.”

DeBalko, who received her undergraduate degree from Wilkes University and began at the Sordoni as a work study student, working her way to part time and later full time employment, explained that she did not agree with the administration’s plans to fund the changes.

According to Leahy, the plan for the gallery involves “three prongs”: investing funds to hire a new director of the art gallery, moving the art gallery to a visible location, and deaccessioning the (non-faculty) art.

“Number one, we wanted to invest the money, university resources….going out, doing a national search for an academic faculty member, art (gallery) director,” Leahy explained.

“Number two, we wanted to move the gallery to a much more highly visible and accessible location.”

Leahy went on to explain that funds from the selling of the art will not be used for capital means. “The university is paying for all of the renovations to that building to turn it into a first class art gallery,” Leahy said.

“The third component of which is what they call in the trade the deaccessioning of art which we own. Much of which, not all, is owned by the Sordoni family.”

Leahy commented that the  Sordoni family said to do as the university wished with the art the family donated to “support the mission of the university.”

“If I had been included in the process, I would have encouraged the administration to use this opportunity to carefully preserve the best portion of the collection for future generations,” said Sharon Cosgrove, associate professor of art.

“Deaccessioning can be a legitimate part of the formation and care of collections and, if practiced, should be done in order to refine and improve the quality and appropriateness of the collections, to better serve the museum’s mission,” DeBalko explained.

According to the College Art Association, “Deaccessions may be accomplished through sale, exchange, or donation with another public trust, repatriation, physical destruction, return to the donor, or any combination thereof. If a work is sold, the resulting income may be used to establish an acquisitions endowment or expendable-fund account for future art acquisitions; it may not be used to support costs such as operating expenses or building funds of the public trust.”

Leahy explained that to the administration, the gallery does not fall under the regulations because the Sordoni is not a museum.

“We knew this would be somewhat controversial because museums do not sell art,” Leahy said. “Well, we are not a museum. We do not subscribe to the standards of a museum.”

When asked if any legal issues have arisen from deaccessioning plans, Leahy explained there have not.

“We went back to look at any gift documents that we might still have from any of the donors through the years,” Leahy said. “We do not have any or at least do not have any that put any requirements of any kind on them…since we are not a museum…we do not believe we are subject to any of the laws which govern museums…we don’t have any commitments to previous owners.”

Leahy went on to explain that none of the art has been sold yet and certain pieces will be kept.

“Anything that has sentimental value…or an important part of our history, we would consider keeping that and preserving them,” Leahy said.

DeBalko explained that while the deaccessioning of art was a point of concern she also felt that there was a lack of transparency with the plans concerning the faculty. This sentiment was also shared by Cosgrove, who is the only tenured art professor at the university.

“There were a number of occasions where we felt we shared our strategy once it was developed to see if there were holes in it,” Leahy said.

In August, a meeting was held inviting  gallery donors to discuss the plans for the Sordoni Art Gallery.