Profile of a Professor: Dr. Mischelle B. Anthony; English 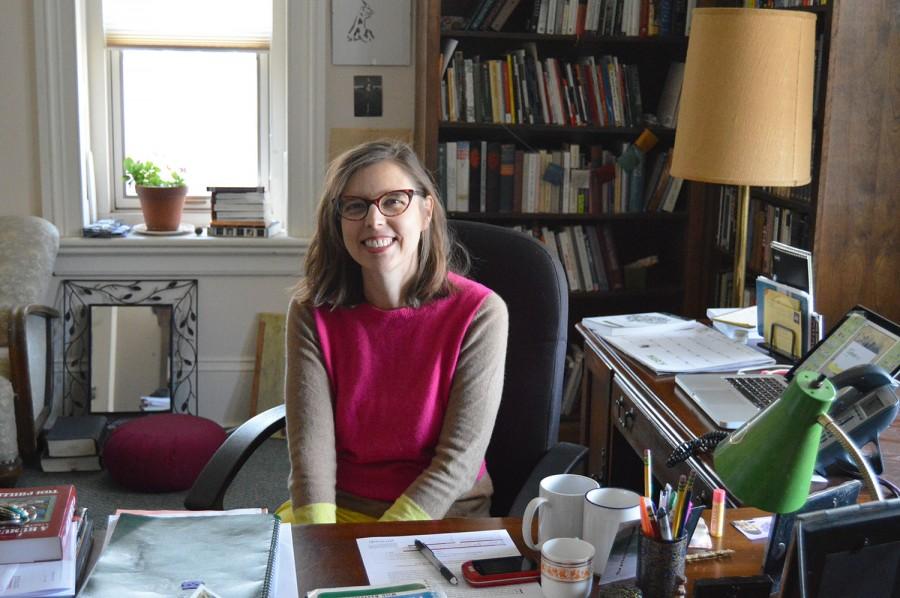 Dr. Anthony reflects on her past career goals explaining that education was the best choice for her as it has proved to be so rewarding.

Dr. Mischelle B. Anthony is a tenured professor of English at Wilkes; she possesses a good spirit and a vast knowledge of 18th century literature.

She teaches courses ranging from first year to senior courses and Capstones, specializing in writing, poetry and literature.

Dr. Anthony is originally from the small town of Luther, Oklahoma. “We had no stoplights and more cows than people,” she explains.

She earned her Bachelor’s degree from The University of Central Oklahoma, and her PhD from Oklahoma State University.

As an English professor, her favorite part of teaching is “discovering student’s responses to the reading. Seeing into students’ heads.”

Originally, Dr. Anthony planned on becoming a child psychologist. “I’m actually a practicum away from a Master’s in psychology…. I looked at my final year of coursework and realized that I didn’t want to do that,” she says.

Between the mass of statistics courses and a personal aversion to some beliefs in the field, she decided that psychology was not the best choice for her.

“The DSM freaks me out. At that point homosexuality was still in it – when I was in school it was still considered a disorder,” she says.

Reading and writing was always a great love of Dr. Anthony’s, but she did not consider it as a career path until a friend of hers suggested it.

“I switched to English and this whole time, that was twenty years ago, I still can’t believe that I get paid to do this work. I’m very fortunate,” she says.

Amongst other things, she is a published poet and the president of the American Association of University Professors (AAUP) at Wilkes, but as her most valued accomplishment Dr. Anthony points to earning her PhD.

This great pride is what makes the field of education so important to her. “I knew I’d worked hard, and it was so rewarding for me. I wanted to share that with other people. It’s such a great life.”

On the subject of Women’s History Month, Dr. Anthony is an advocate. “There’s a lot more acceptance of things that, I would say, even five years ago we weren’t talking about so much, or there would be someone in class who would be uncomfortable with talking about these issues… it seems like people are becoming much more educated about these things. But gender is still the one that people can’t see around so much. It’s so embedded.”

She seems to feel that gender inequality is still an issue that needs to be addressed. “Even in this higher education workplace, I still see issues with gender. I think we do need Women’s History month, and I’m glad we have it.”

During her free time, she likes to read poetry, fiction and the New York Times, as well as listen to Jazz and the Blues, garden, and relax with her cat.

Dr. Anthony continues to make a great contribution to her field, and serves as an asset to Wilkes’s English department.